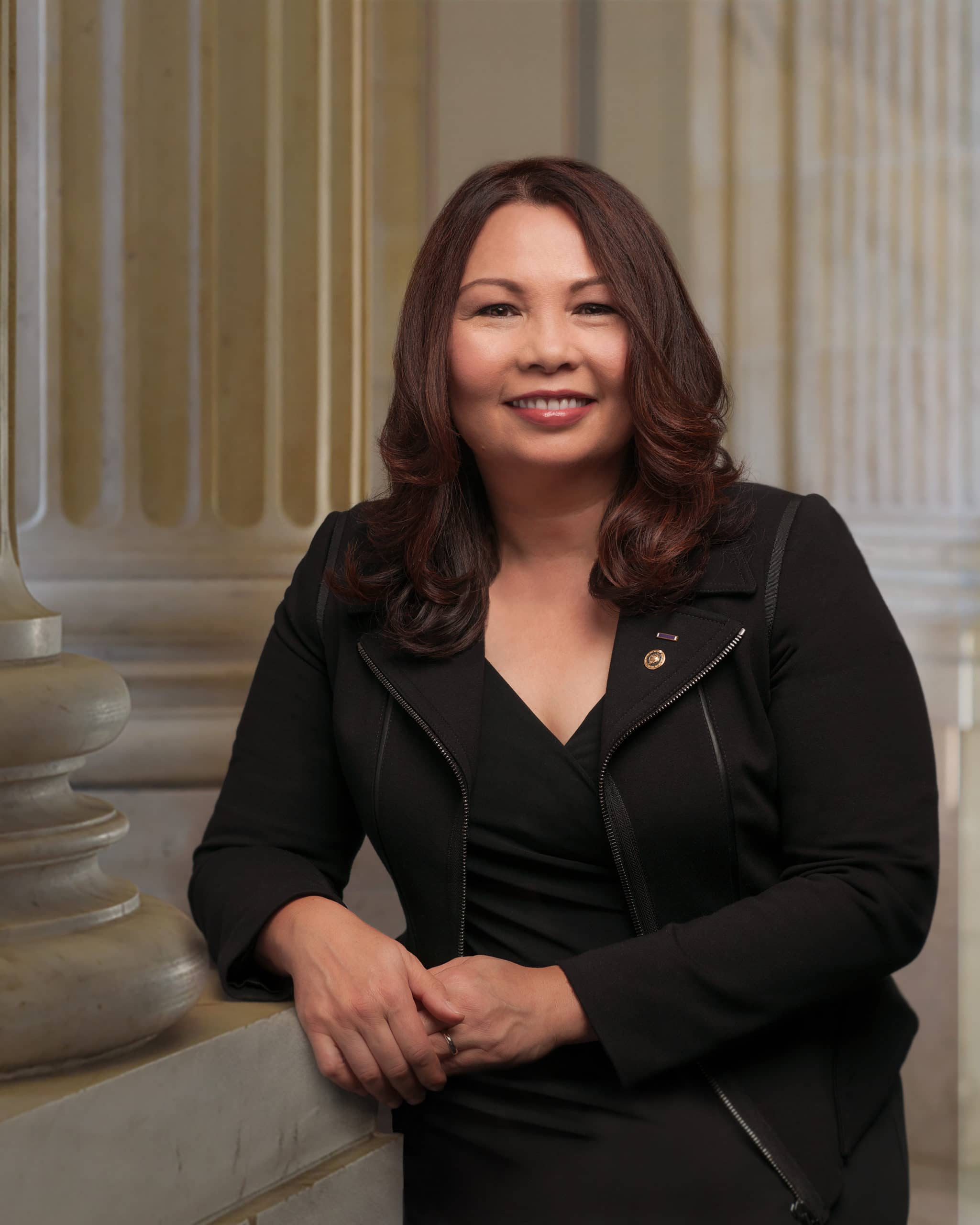 No matter what your political persuasion, it’s hard not to be impressed by Senator Tammy Duckworth (D-IL).

Born in 1968 to a Thai mother of Chinese heritage and an American father, Duckworth has the distinction of being the first disabled veteran to be elected to the United States House of Representatives and the U.S. Senate.

She is also the second Asian-American woman senator in the U.S. Congress; the first senator to give birth while in office; and is currently on the shortlist to become former Vice President and presumptive Democratic Presidential nominee Joseph Biden’s running mate.

Duckworth, whose late father was a veteran of the U.S. Army and U.S. Marines, spent most of  her childhood overseas, but her family later settled in Hawaii. As the Purple Heart recipient told Betsy Bailey of “Wheel Life” in 2017,  it was her pride in being American that led her to join the Reserve Forces in 1990.

“I fell in love with the military, especially the discipline it required and the fact that it was a true meritocracy. I felt such an overwhelming sense of patriotism — that I was putting on my nation’s uniform and swearing to defend her with my life.”

Duckworth planned to spend her career in the military, but her plans changed on Nov. 12, 2004 while she was deployed in Iraq as a Blackhawk helicopter pilot. On that day, Duckworth’s helicopter was hit with a rocket-propelled grenade and Duckworth, who nearly died, lost both legs and badly damaged one arm.

After spending 13 months recovering from a double amputation, Duckworth became Director of the Illinois Department of Veterans’ Affairs, and in 2009 she was appointed Assistant Secretary of Veterans Affairs by President Barak Obama. Three years later, Duckworth left that post to join the U.S. House of Representatives. In 2016, she was elected to the U.S. Senate.

Early in her political career, Duckworth made a point of calling attention to veterans and disabilities issues. For example, wrote Ian Roder for New Mobility magazine in 2016: “Educating her fellow legislators about accessibility is important to Duckworth. Even though she can walk with the aid of her prostheses and a cane, she started a policy of turning down invitations to wheelchair-inaccessible events. ‘I want the organizers and hosts to think about what they can do to improve accessibility,’ she explains. ‘Many of these fixes are so simple — we just need to get people thinking about the disability community the way they think about any other group of people. It’s not just about improving access and transportation, it’s also about changing people’s perception,’” Duckworth said.

Throughout her time in Congress, Duckworth has championed the rights of veterans and individuals with disabilities and her efforts have been widely recognized by veterans and disability groups. In 2015, Duckworth received the Disability Rights Champion Award from the United Spinal Association. As reported by Roder, in her acceptance speech, Duckworth told the audience: “My message to the disability community is to continue making your voices heard. Never take the progress we’ve made for granted. It’s so important for everyone to get involved, to reach out to their members of Congress and let them know your priorities and how laws such as the ADA have improved your lives.”

In September 2019, Duckworth received the Gordon Mansfield Congressional Leadership Award from the Paralyzed Veterans of America for “her tireless advocacy for the civil rights of Veterans and all individuals with disabilities.”

Two years later, Duckworth was honored with the American Association of People with Disabilities’ ADA Legacy Award for her work on behalf of Americans with disabilities. In her acceptance speech, Duckworth told attendees to the AAPD’s leadership award gala:  “I want to congratulate AAPD for 25 incredible years of working on the issues that matter most – from education to healthcare, voting to housing, you’ve refused to let Americans with disabilities be pushed to the margins,” Duckworth said. “While we’ve come a long way since the ink dried on the ADA 30 years ago, everyone here knows how far we still have to go over the next 30 to make this country actually truly accessible.”

After COVID-19 shut down much of the country in March 2020, Duckworth and Senator Maggie Hassan prevailed on the Department of Labor to provide increased support for workers with disabilities endangered by the virus.

“In a letter to DOL Secretary Eugene Scalia cosigned by 11 of their Senate colleagues, the senators made clear that people with disabilities have rights under the Americans with Disabilities Act (ADA) to access reasonable accommodations that can help protect their health and the right tools to work remotely if needed,” reported a press release on duckworth.senate.gov.

If elected to the vice presidency, there’s no telling what changes Duckworth will help bring to the 20 percent of Americans who live with a disability. Regardless, while Duckworth remains in elected office, we feel confident that she will continue to fight for the rights of individuals with disabilities.