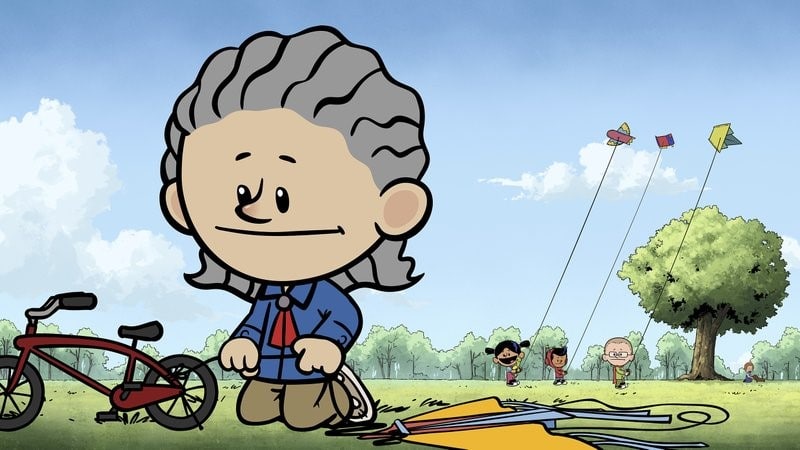 If you have young children, you may be familiar with “Xavier Riddle and the Secret Museum,” an animated television show on PBS. The show chronicles the adventures of three children — Xavier, Yadina and Brad — who travel back in time to meet historical figures.

In celebration of Autism Awareness Month, the series recently aired a special episode in which the three young protagonists meet a new boy named Ben who has autism. Uncertain about how to relate to Ben, the trio travel back to 1953 and meet Temple Grandin, a renowned animal scientist and autism activist.

In the episode titled “I Am Temple Grandin,” Grandin teaches her visitors that “sometimes people think and do things differently.”

Grandin, who was a consultant for the episode, was pleased with the portrayal. “It was wonderful. Absolutely wonderful,” Grandin told the Beaumont Enterprise recently via Zoom. “I think things like this show are really good on educating elementary school kids about differences and inclusion.” The episode is available to stream on the PBS KIDS YouTube channel and will be rerun on April 30, May 1 and May 2 on PBS Kids.

“Xavier Riddle and the Secret Museum’s” Autism Awareness Month episode is just one example of the public television network’s Autism Awareness programming. “Daniel Tiger’s Neighborhood,” a spinoff of the iconic “Mr. Roger’s Neighborhood,” also recently introduced a young character with autism. Max, who is voiced by a teenager on the autism spectrum, will be a recurring character on the show. Like many people on the spectrum, Max is “sensitive to loud sounds, flashing lights and uncomfortable fabrics. He likes numbers, buses, bugs and his big sister Amira, but sometimes it takes him longer to get comfortable with new people and situations,” writes Shaun Heasley for Disability Scoop. Watch the episode here.

“Hero Elementary,” which launched on PBS Kids in June 2020, already included a recurring character with autism. However, it was only in time for Autism Awareness Month that the series made its character AJ Gadgets’s diagnosis explicit in a special episode called “AJ’s Extra Superpower.”

AJ  just “happens to be on the autism spectrum,” writes Frank Campagna, a consultant for the show who is also the father of a child with autism. “My role was to ensure that autism was being portrayed accurately, and that their character with autism, AJ, was a good representation of a high-functioning child on the spectrum.” Campagna believes the show succeeded. “AJ flaps his hands when he’s anxious, wears noise canceling headphones when needed, and he doesn’t like it when his clothes get wet. AJ has his quirks, but his friends accept him for who he is. Most of my feedback to the producers focused on how the other characters reacted when AJ had his moments. I wanted AJ’s friends to be supportive, but to never come across as patronizing.” Watch the AJ’s Extra Superpower episode here.

PBS has long been a champion for diverse and inclusive programming. In 2015, the network introduced its “Sesame Street and Autism: See Amazing in All Children” initiative. During the COVID-19 pandemic, Sesame Workshop has been offering special programming for children with autism to help them to adjust the many changes and disruptions caused by COVID-19.