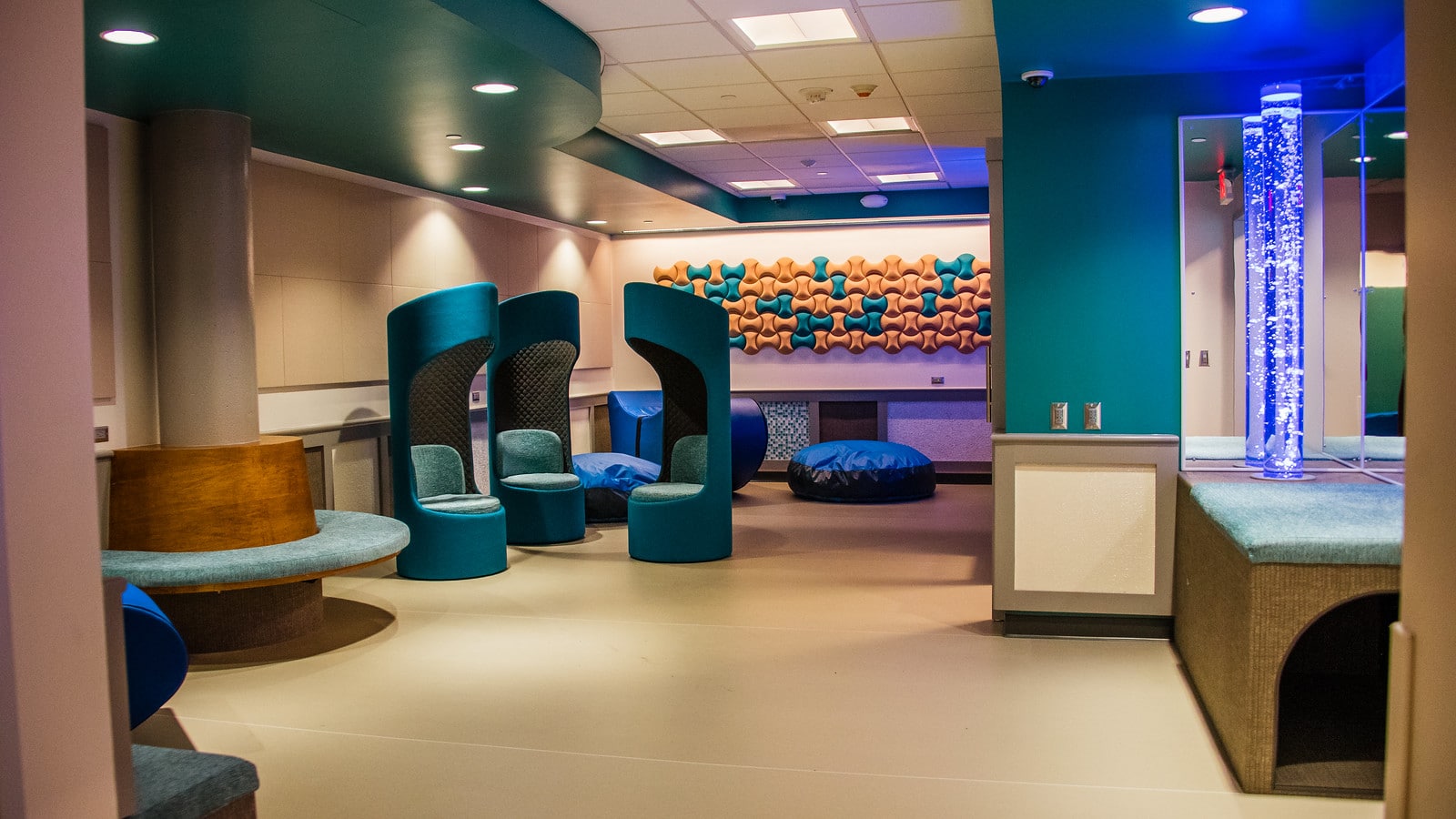 If you’ve read any of Enabling Devices’ travel posts, you know that we’re always on the lookout for great vacation destinations for people with disabilities. But getting to these accessible resorts and tourist sites typically involves air travel which can be stressful for many of us. Big crowds, long lines, security checkpoints, loud announcements, fluorescent lights and the smells of every type of fast food, are just some of the things that make airports especially stressful for people with sensory processing disorders and other disabilities.

Fortunately, a new trend is making air travel more comfortable for people with disabilities and their families. In the last several years, sensory rooms have started to crop up at airports in the United States and abroad.

One of the first airports to create a sensory room was Hartsfield-Jackson Atlanta International Airport, which opened its sensory room in 2016. Geared toward travelers on the autism spectrum, sensory rooms can benefit anyone who finds airports overwhelming.

The facility was inspired by then 2-year-old Presley Rudge, the son of an airport employee named Jason Rudge. Rudge saw how much his autistic son’s sensory room at preschool helped him to relax and thought the airport could benefit from the addition of one. So, he wrote to the airport’s CEO Christina Cassotis, and suggested the airport create a sensory room.  Cassotis took the request to heart. She asked a team of executives to put together a committee including airport employees, representatives from autism advocacy groups, parents and individuals with ASD to study the idea. As Cassotis told The Post: “We wanted to be industry-leading, we wanted to set a standard, we wanted to show folks what’s possible,” she said. “Based on the size and scope of the space, along with the simulated airplane experience, the airport believes it has achieved that goal, calling Presley’s Place the ‘first of its kind.’

We hope it will not be the last.