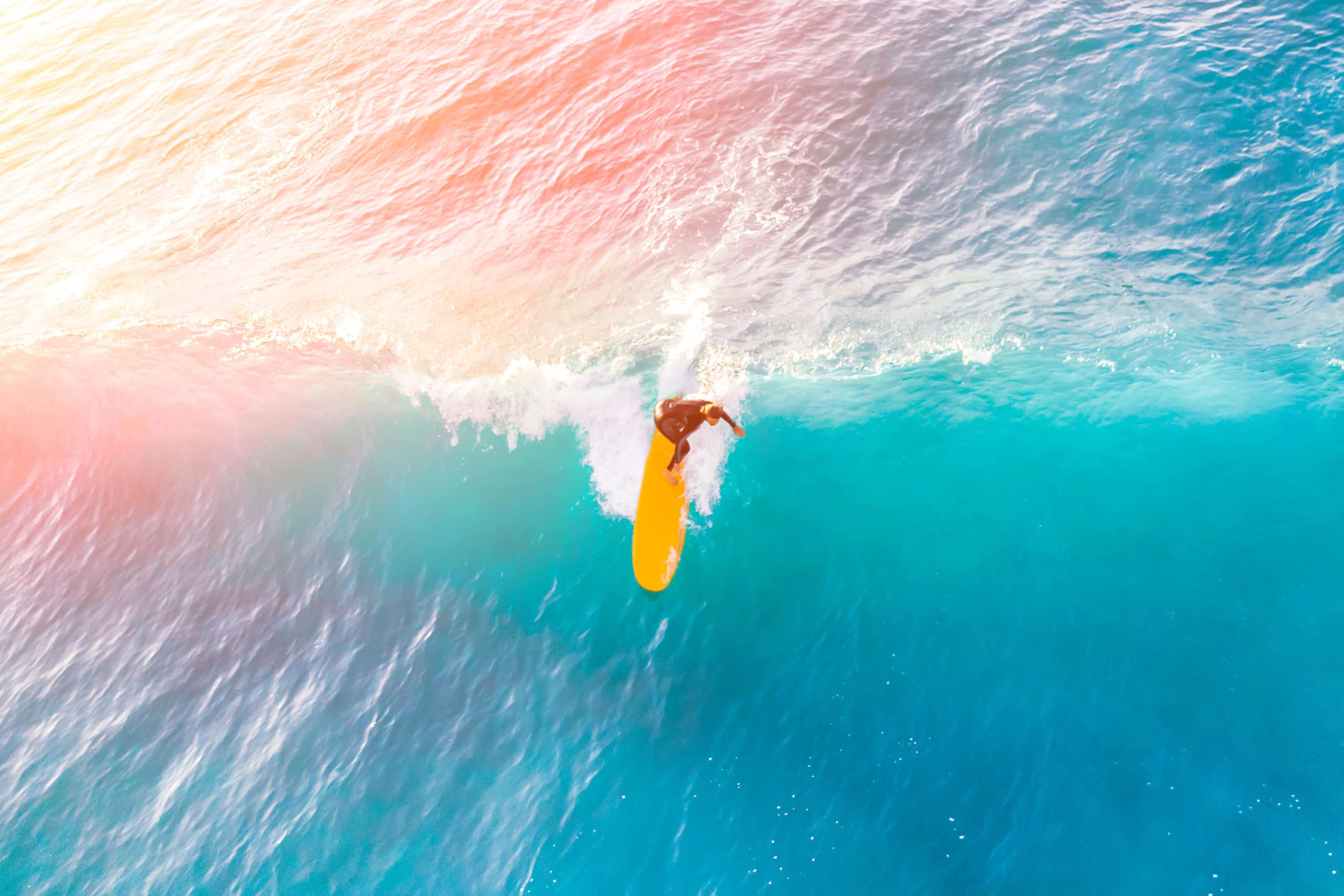 On March 25, 1996, 17-year-old surfer Jesse Billauer was at the top of his game. “I was one of the top junior surfers in the world, a month away from turning pro, when I pulled inside a barrel and got thrown headfirst into a sandbar. The impact broke my sixth vertebrae and I instantly became a quadriplegic,” Billauer writes on his website. From that moment on, the course of Billauer’s life changed dramatically. Initially, he thought his surfing career was over. But then he discovered adaptive surfing. In 2001, he founded Life Rolls On, a nonprofit “dedicated to improving the quality of life for people living with various disabilities.”  The organization offers one day surfing and skating clinics across North America. Billauer also became a world champion quadriplegic adaptive surfer in 2015.

Life Rolls On is just one of many surfing programs around the world that serve people with disabilities. According to the California Surf Museum, “Adaptive surfing has made a stratospheric leap both recreationally and competitively. Inventive board design collaborations, between adaptive surfers and shapers, have allowed athletes to perform on the world stage with mind-blowing results and achievements.”

But surfing isn’t only for competitive athletes. In fact, the sport has been shown to provide health benefits for everyone! Cardiovascular fitness, stress reduction, improved flexibility and muscle tone, and greater self-confidence are just some of the positive effects of surfing. Ready to try it? Check out this list of adaptive surfing programs.

Designed for surfers with autism, Surfers Healing founded by Israel and Danielle Paskowitz. The couple discovered that riding waves with his father (Israel Paskowitz is the son of Dorian “Doc” Paskowitz, Israel’s first surfer!) was the one thing that helped their son Isaiah, who has autism, to relax. Surfers Healing offers free 1-day “surf camps” to children with autism in coastal cities within the U.S. as well as in Mexico and Australia.

Inspired by Surfers Healing, Surf for All, a Long Beach, N.Y. nonprofit, teaches surfing to injured veterans, as well as children with disabilities such as cerebral palsy, blindness, and paraplegia. The surfing school was founded by brothers third generation surfers Will, 30, and Cliff Skudin, the owners of local surfing school, Skudin Surf. Well-aware of the “power of the waves and the restorative nature of the ocean” the Skudin brothers were convinced that “no disability was too daunting to prevent them from exposing others to the benefits of the ocean.” They offer adaptive surfing camps as well as Surf for All’s annual Surf Competition.

Founded in Boca Raton, Fla. in 2007, Surfers for Autism’s mission is introducing children and adults with autism to “the healing powers of the ocean.” Since it began, the nonprofit has expanded to provide surfing experiences to people all over the state.  They routinely host 200 surfing students at their one-day events.

This nonprofit offers “surf therapy” to children with a variety of disabilities including blindness, autism and epilepsy. According to A Walk on Water’s website, “surf therapy is … a form of water therapy whereby the participant is introduced to the ocean and surfing through guided surf instruction, either tandem surfing with an instructor on the same board, or surfing solo with close instructor oversight.” Day-long experiences take place March–November on beaches in California, Texas, Virginia, New Jersey and New York.

In partnership with the Challenged Athlete Association, the Junior Seau Foundation Adaptive Surfing Camp (named for the late football linebacker) provides 2-day surfing camps for children with disabilities such as paraplegia and spina bifida. The camps even offer mentorship opportunities with elite adaptive surfers!