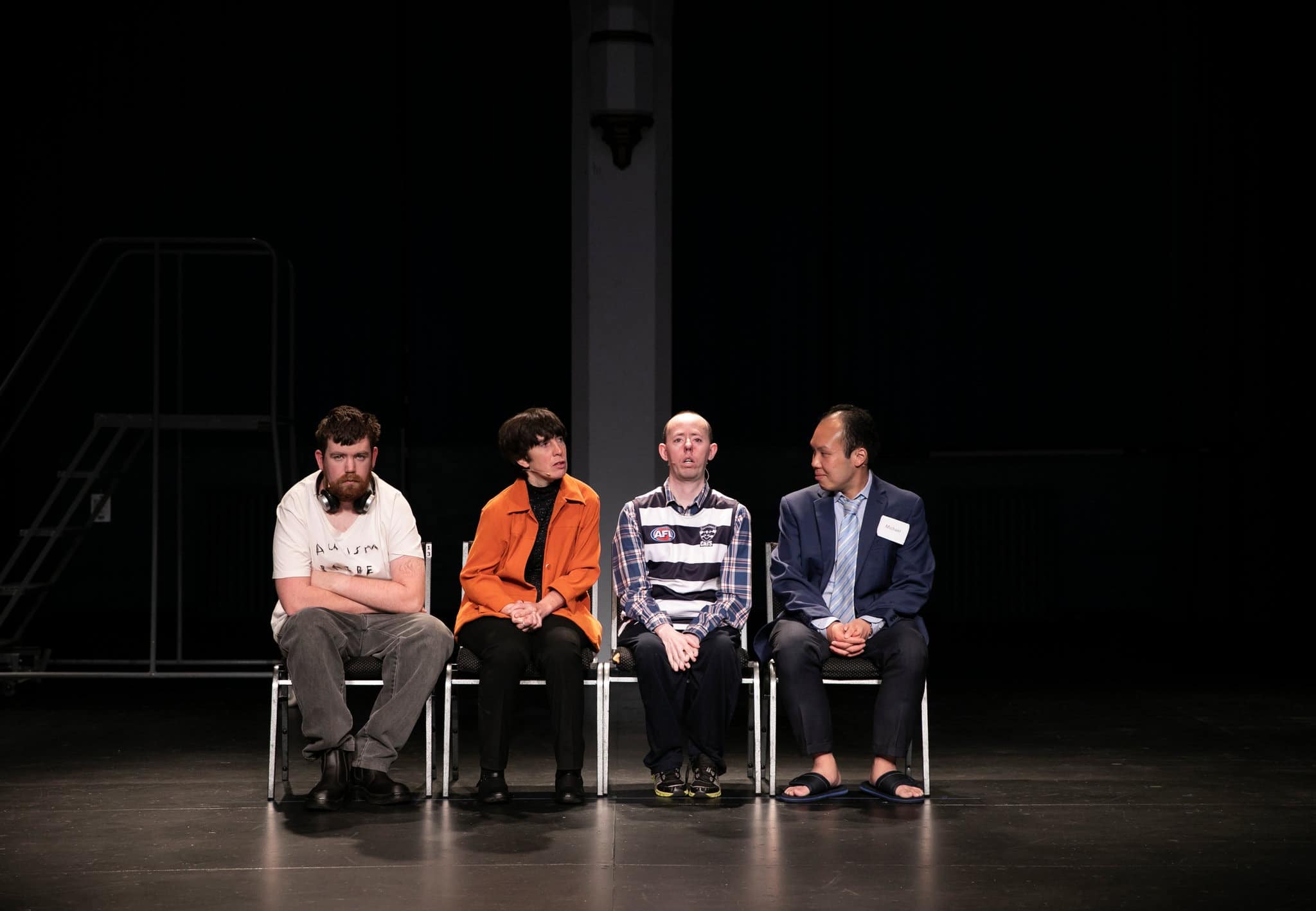 In 2019, the theatrical world was taken by storm when three actors with disabilities appeared on Broadway.

Ali Stoker, who is paralyzed from the chest down and uses a wheelchair, played Ado Annie in “Oklahoma”; Russel Harvard, who is deaf, played the Duke of Cornwall in “King Lear”; and John McGinty, also deaf, played Harvard’s understudy.

That’s why the 16th annual Under the Radar Festival at New York City’s Public Theater seems so revolutionary!

A vehicle for showcasing the theatrical work of new, diverse and emerging artists, this year’s festival includes two productions starring performers with disabilities. As New York Times theater critic Jesse Green points out in a Jan.13 review, titled “When Disability Isn’t a Special Need but a Special Skill,” the actors’ disabilities only serve to enhance their performances.

Actor Jess Thom who has Tourette’s syndrome plays “Mouth,” in Samuel Beckett’s “Not I.” Due to her Tourette’s, Thom’s performances are unpredictable. She is likely to go off script at any time due to her verbal and physical tics. Yet that is, in part, what makes her performance so special, contends Green. “…Far from masking Beckett’s brilliance or diluting the play’s power, Thom’s speech patterns make uncanny sense of ‘Not I,’ in the process making it more overwhelming,” he writes.

Performances of “Not I” are “relaxed,” meaning that people are encouraged to tic, talk and move around the theater as needed. An American Sign Language interpreter/performer is present for every performance.

“The Shadow Whose Prey the Hunter Becomes,” another play in the festival, is written and acted by Scott Price, Sarah Mainwaring, Simon Laherty and Michael Chan, who all have intellectual disabilities. The play is set at a community meeting where attendees explore serious topics such as disability, identity, labeling and the social impact of technology and artificial intelligence. Writes Green: “Soon we discover that the meeting has been called for the purpose not of justifying the neurodiverse but of warning the rest of us about a future in which the technology we’ve created will one day, like the shadow of the title, render everyone inferior — disabled, in fact.”

For more information about the Under the Radar Festival, visit publictheater.org.