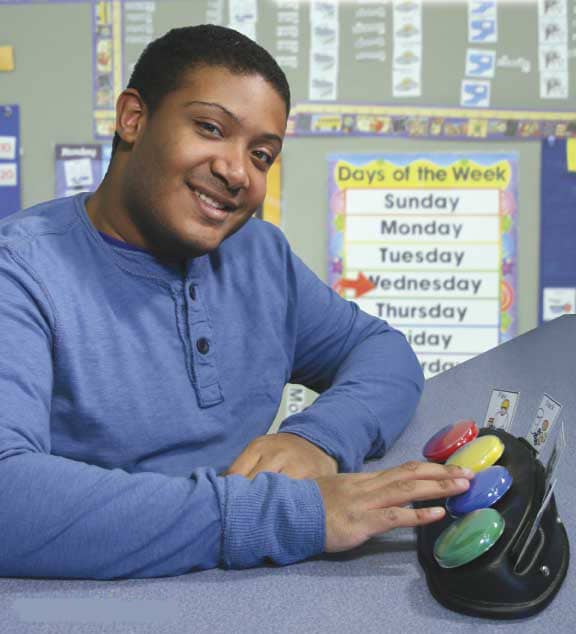 In recent years, augmentative and alternative communication (AAC) devices have done wonders to improve the lives of individuals with conditions such as autism, cerebral palsy, amyotrophic lateral sclerosis (ALS), strokes and other brain injuries that make it difficult or impossible to speak. You can find many of these devices for sale at enablingdevices.com.

But scientists and technologists aren’t resting on their laurels. Instead, they are continually seeking new ways to help people communicate. Last week, the New England Journal of Medicine published the results of a University of California, San Francisco study that used a new technology known as speech neuroprosthesis to help a paralyzed man who is nonverbal to communicate more effectively.

The 38-year-old man, nicknamed Pancho, was paralyzed in 2003 after a stroke he suffered following a serious car accident. He has not spoken since.

According to New York Times reporter Pam Belluck, the process worked like this: “The team implanted a rectangular sheet of 128 electrodes, designed to detect signals from speech-related sensory and motor processes linked to the mouth, lips, jaw, tongue and larynx. In 50 sessions over 81 weeks, they connected the implant to a computer by a cable attached to a port in Pancho’s head, and asked him to try to say words from a list of 50 common ones he helped suggest, including “hungry,” “music” and “computer.” As he did, electrodes transmitted signals through a form of artificial intelligence that tried to recognize the intended words.”

Then the recognized words appeared on his computer screen.

Pancho’s first sentence using the neuroprosthetic was “My family is outside.”

Neuroprosthesis isn’t the only new technology that uses brain signals to give people with disabilities tools to overcome their limitations. For example, scientists have discovered a way for people with artificial arms to use brain signals to control them. When the person thinks about moving his or her arm to pick something up or to shake someone’s hand, the thought sends brain signals through a computer to the prosthetic which is then able to put the individual’s thought into action. Dr. Chang’s work on the speech neuroprosthesis process was informed in part by earlier discoveries such as this.

While speech neuroprosphesis methodology is far from perfect — during Pancho’s test, the algorhythm correctly displayed the word he was trying to say approximately half of the time —  the process as well as other artificial intelligence-based discoveries, offer tremendous promise for people with a range of disabilities.

“Most of us take for granted how easily we communicate through speech,” Dr. Chang told the Associated Press. ‘It’s exciting to think we’re at the very beginning of a new chapter, a new field to ease the devastation of patients who lost that ability.”