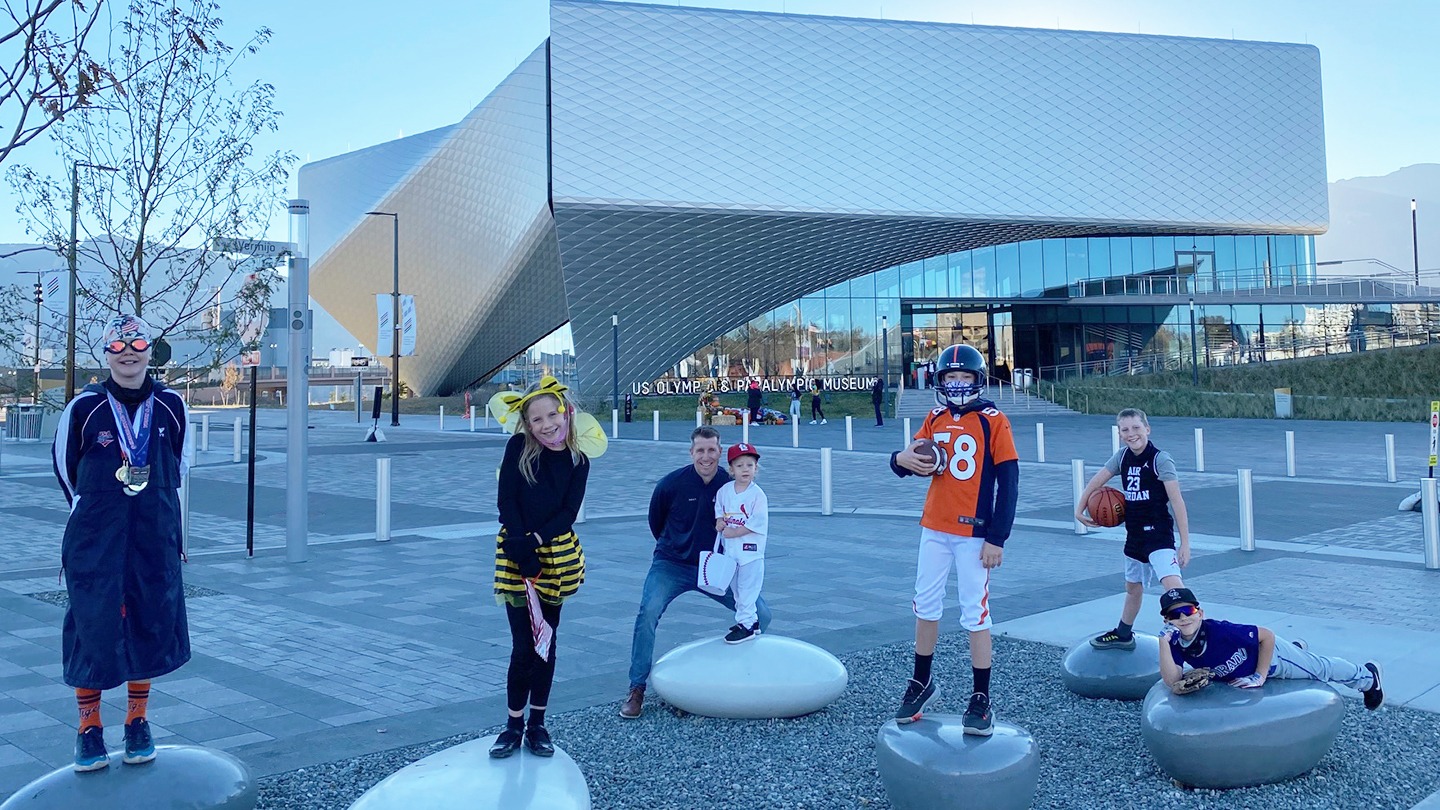 A new museum in Colorado Springs, Colorado is making history by honoring Olympians and Paralympians on an equal playing field.

And while it’s not ideal for a museum to open during a pandemic, the USOPM has been welcoming guests who respect the institution’s strict health and safety regulations.

According to museum CEO Christopher Liedel, the USOPM “has been 10 years in the making.” Liedel says, “The museum is more than a sports museum. It is a museum of hopes and dreams. And we think the U.S. Olympic & Paralympic Museum will provide athletes and fans alike with a space to celebrate friendship, determination and all the best values Team USA athletes embody.”

The 60,000-square foot building, designed by Diller Scofidio + Renfro and exhibit design firm Gallagher & Associates, houses 12 galleries and is built on principals of universal and inclusive design theories [design that serves everyone]. USOPM visitors can create their own unique tours through the museum based on their sports preferences and accessibility needs.

With features including wheelchair accessibility, accessible media, tactility, open captioning and American Sign Language, the museum is meant to be 100 percent accessible to people with all types of disabilities.

To ensure that the museum’s design and accessibility features would best meet the needs of disabled visitors, the design team consulted with Paralympic athletes including pistol shooter Mike Tagliapietra and goalball athlete Matt Simpson. As Tagliapietra told Paralympic.org News, “I remember the first thing I said to them was please don’t put carpet in the museum. It makes it difficult to push wheelchairs around on it.”

“The goal is to eliminate any differences in the museum experience among people with varying physical abilities,” says New York Times writer Ray Mark Rinaldi.

The exhibitions themselves also erase differences between athletes of varying physical abilities by giving equal attention to the accomplishments of Olympians and Paralympians. For example, the museum’s 460 artifacts include Olympic skater Peggy Fleming’s skating costume and ice skates as well as Paralympian John Register’s prosthetic leg and running shoe. Instead of dividing the museum into a Paralympic section and an Olympics section, the exhibition’s only division is between summer and winter games. Likewise, the museum isn’t focused only on Olympic and Paralympic winners. As Rinaldi writes: “The athletes who earned medals and enduring public adoration at the Games receive the same recognition as those who went home empty-handed.” Because it’s not about winning or losing. It’s about how you play the game!”

In recognition of Martin Luther King Day, our office will be close Monday (1/18). Online ordering is available! Dismiss