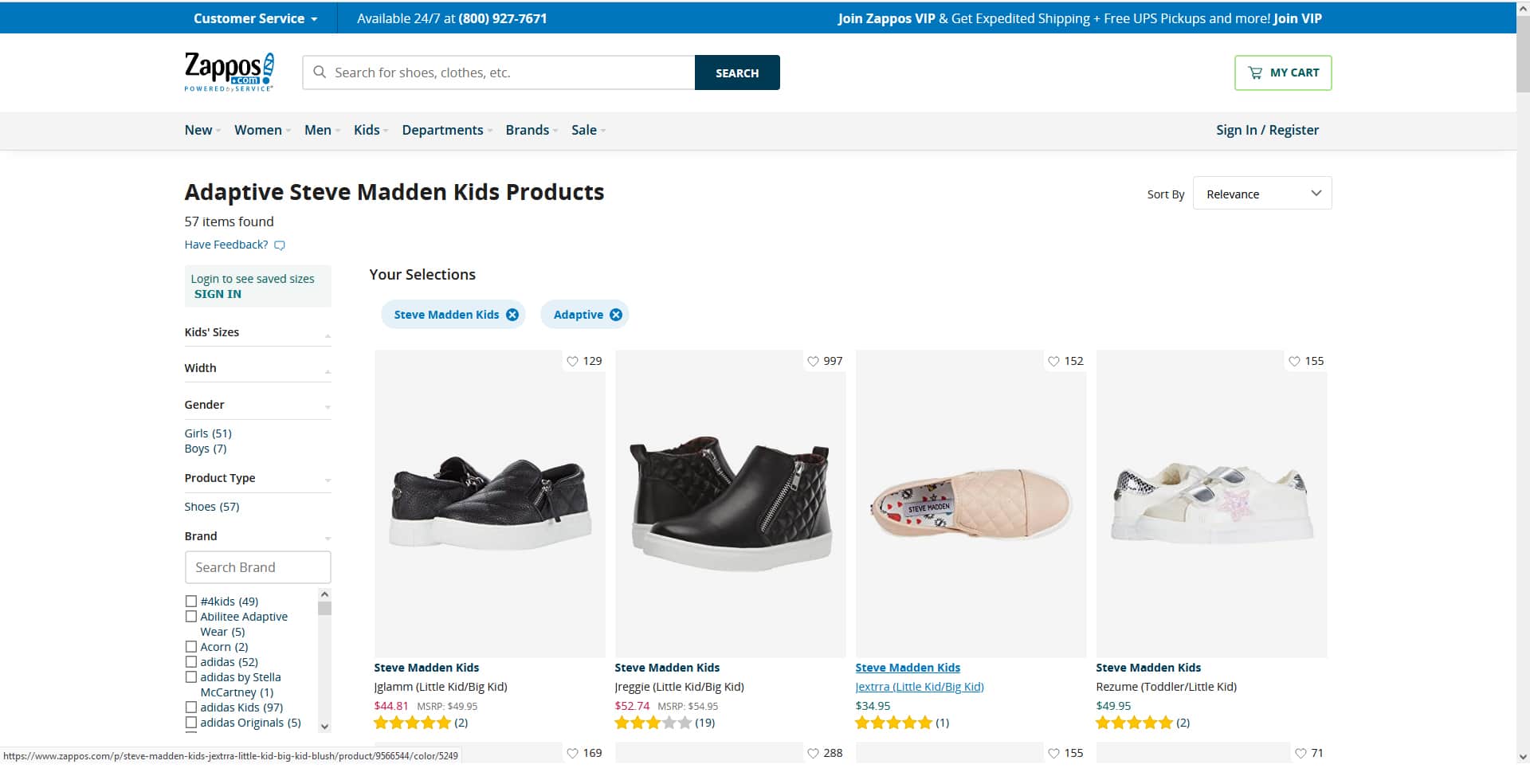 Back-to-school shoe shopping–it’s a fall ritual for many American families. Now that the fashion industry has finally begun to recognize that individuals with disabilities make up a sizable portion of the general population, more and more companies are designing apparel to meet their needs. Just-in-time for the upcoming school year, shoe designer Steve Madden has created a new line of kids shoes with features that make it easier for children with disabilities to find fashionable footwear.

According to Disability Scoop, “for its fall collection, the company said that six of its ‘hottest kids styles’ have been tweaked with features like extra-long Velcro, zippers with tabs, elastic laces, removable insoles and outsoles and wider widths in order to accommodate a variety of needs.”

Danielle McCoy, Steve Madden’s director of corporate development and investor relations says the company has been working on its new adaptive footwear line for children since 2019. That year, members of the Steve Madden Kids Team attended the Runway of Dreams fashion show where they spoke to children with disabilities who shared their desires to have shoes that resembled the ones their classmates wore. The children said it was frustrating that fashionable footwear was generally inaccessible to them. As McCoy told Disability Scoop, “it became clear that Steve Madden had an opportunity not only to fill a sizeable gap in the marketplace, but also to create a world where people with disabilities had the same opportunities to express themselves through fashion.”

Steve Madden, which collaborates with online retailer Zappos, joins companies including Nike, Ugg, Stride Rite and Billy Footwear that also sell shoes designed especially for children with disabilities. In addition, says website The Mighty, some shoes not targeted for kids in the disability community may also work for your child. For example, Converse Chuck Taylor All Star Toddler High Top Shoes, has “a quick fasten strap that makes the shoes easier for putting on. It also runs a half size larger, allowing room to accommodate AFOs [Ankle Foot Orthosis].”

Back to school shopping and preparing for the start of the school year can be challenging. Hopefully, the information in today’s blog post will make getting ready a little easier.