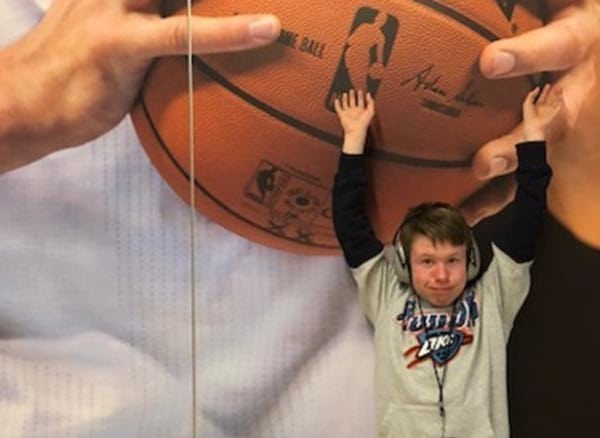 For many American families, attending live sports events is a great opportunity for fun, recreation and bonding. Yet, for sports fans with autism, a trip to the stadium can be far from enjoyable. Live sporting events typically feature bright lights, loud noises, huge crowds, and all sorts of smells —sensory experiences that may overwhelm and overstimulate and frighten individuals with autism.

Fortunately, in recent years, greater awareness about the needs of people on the autism spectrum have resulted in special programs such as autism-friendly sporting events and other innovations that make attendance at sporting events more comfortable for people with autism and their families.

One of the most significant changes taking hold at stadiums around the country has been the addition of sensory rooms in some stadiums. According to CNN, “The NBA is partnering with nonprofit KultureCity to make 19 arenas “sensory-inclusive” by the start of the 2018-19 season this fall.”

In 2017 The Quicken Loans Arena in Cleveland became the first stadium to create a sensory room for fans with autism and other disabilities. The decision to create a sensory space at the arena came about after the stadium held an “autism night” that (in the experience of one local family) was not truly autism-friendly. According to CNN, “[Thirteen-year-old Carson Belle, who has autism and is non-verbal] was going through security when his speech device set off a metal detector. A security guard told the Belles that their son would have to take it off to continue. As Jeff [Carson’s father] began to take off the device, Carson started head-butting him. The security guard yelled something along the lines of ‘you get a hold of that kid,’ the parents said, deeply upsetting them.”

The Belles shared their story on social media and senior vice president of facility operations, Antony Bonavita got wind of the matter. Bonavita, who also has a son with autism, empathized with the Belles. The event set in motion a partnership between the arena and Kulture City, a nonprofit that, among other things, designs sensory spaces. A year later, the Quicken Loans Arena’s sensory room was open for business.

In addition to providing access to a sensory room where fans can go if they need a break from the action, the arena also provides sensory bags that “include items like fidget toys, a weighted lap pad, and noise-canceling headphones,” reports CBS News. Stadium staff were also trained in how to be sensitive to fans with disabilities.

“The arena staff, which now features 500 trained, full-time assistants, is always on hand to assist in the aisles. Inside the bag, there’s a lanyard. Wearing it immediately lets staff know you may be non-verbal or have sensory disabilities. You’re given a feelings thermometer: If you can’t verbalize your feelings, you can check off boxes on the card and hand it to a staff member,” writes Kristian Winfield of SB Nation.

As the National Autism Society’s President Wendy Fournier told CNN: “It is a really big deal to provide them with the tools that they can use if needed to participate in things that all typical families are able to participate in. It is about inclusion.”

Interested in learning how to create a sensory space for your home or organization? Enabling Devices offers free sensory design services. Just complete our Sensory Room Design Questionnaire and we’ll contact you within 48 hours with expert advice. Planning a fundraising campaign to finance your sensory room? Check out Enabling Devices’ Fundraising Ideas for a slew of great suggestions.