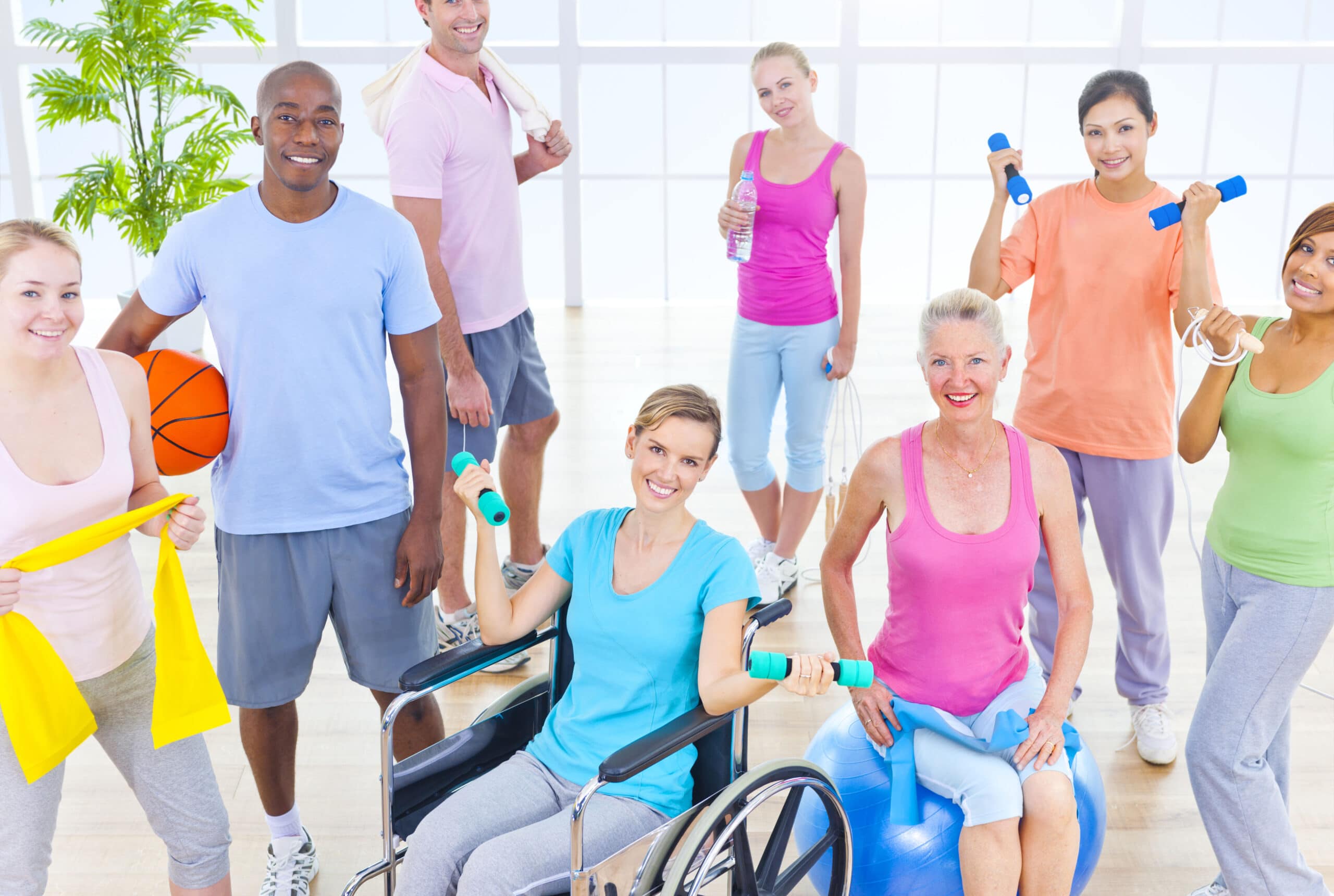 Perhaps you’ve heard of Pilates. It’s a system of exercises intended to strengthen the mind and body using specially designed equipment. Created by Joseph Pilates, a German athlete, the system was introduced in Great Britain and the U.S. in the early 20th century.  At first, Pilates was practiced mostly by professional dancers, but the technique went mainstream in the 1990s and has become increasingly popular in the 2000s.

Emily Hagen of Baltimore couldn’t agree more. Some years after her husband Drew suffered a devastating car accident that left him unable to walk, talk, sit up or feed himself, Emily decided to become a Pilates instructor to help Drew build strength and regain function.

“I started realizing that some of the exercises we were doing might be helpful to Drew,” Emily recalls.

As she learned Pilates teaching techniques, Emily was able to adapt the exercises for Drew. She rigged a therapy table in their home to create a makeshift Pilates tower. She worked with Drew on core strength, trunk control, back strength and chest openers.

“Drew has too much roundness in his upper back,” notes Emily. “The Pilates Cadillac’s rollback bar helps to stretch his chest muscles to promote more openness in his front body and more of a natural curve in his upper back. It also helps with Drew’s body alignment. He needs to move both hands at the same time and that gives him resistance to work against. It’s like a guide to help his brain know he has to use more control.”

When Emily places a Pilates playground ball between Drew’s thighs, he’s learned to press his legs toward the center of his body. The movement activates his core and keeps his buttocks muscles engaged. “He loves the single leg stretch,” says Emily.

“After doing the instructor training, I’m able to cue him to make sure his muscles are firing in the right pattern. I’ve learned better touch technique and can envision what props will work best.”

These days, Drew is able to sit up and can take a few steps with support. He can type on an iPad, is mostly able to feed himself and can drink from a cup. He can navigate his power chair outside and has even learned to find his way home when he’s out and about in the neighborhood. “That’s really encouraging because he’s starting to program new memories,” said Emily.

Though Emily doesn’t credit Pilates with all of Drew’s progress, she’s certain Pilates exercises have contributed to his recovery.  “We try very hard to live as normally as possible,” said Emily, who says they attend rock concerts, have friends over, take walks and do household errands together. Though he’s still unable to talk, Drew is able to communicate his needs as well as his deep affection for Emily.

“It is what it is. I’m so blessed to have him here and for him to recognize me as his wife and still love me.”