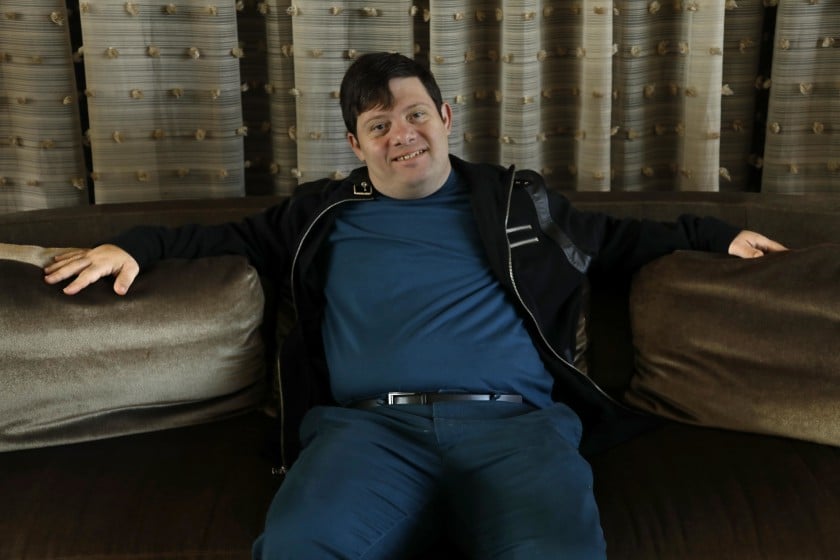 If you caught the Academy Awards earlier this month, you probably saw actor Zack Gottsagen make history. Gottsagen, who presented the Oscar for best live action short to filmmaker/director Marshall Curry for “The Neighbors’ Window,” was the first person with Down syndrome to be an Oscar presenter in the award ceremony’s 92-year history. The 35-year-old Florida resident  presented the award along with his friend Shia LaBeouf.

According to various news sources, the two actors met while filming the 2019 independent film “The Peanut Butter Falcon,” in which Gottsagen plays a man with Down syndrome who runs away from a nursing home to pursue his dream of becoming a professional wrestler. LaBeouf plays a fugitive fisherman who meets and teams up with Gottsagen. “The Peanut Butter Falcon” also stars Dakota Johnson and Oscar nominees Bruce Dern and Thomas Haden Church.

Written by Tyler Nilson and Michael Schwartz, the film was actually inspired by Gottsagen after the writers met him at an acting camp for people with disabilities. Reportedly, Gottsagen begged the young filmmakers to make a movie about him.  Naysayers said a film about a protagonist with Down syndrome would never get financing but Nilson and Schwarz persisted. It took five years, but the film was eventually brought to the screen.

Since appearing in “The Peanut Butter Falcon,” Gottsagen has become an instant celebrity, appearing on talk shows including “The Ellen DeGeneres Show” and even receiving the Rising Star award at the Palm Springs International Film Festival last year.

Gottsagen has been shattering expectations ever since he was born. According to the Los Angeles Times, at the time of his birth, doctors told Gottsagen’s mother that he would never walk or talk and recommended that she institutionalize him. But Zack’s mother Shelley Gottsagen wasn’t having any of that. Instead, she advocated on her son’s behalf, making him the first student with Down syndrome to be mainstreamed in the Palm Beach County public school system.

Nowadays, Gottsagen, whose longtime dream was to become an actor, also teaches theater and is part of a local dance troupe.

After Gottsagen presented the Oscar, the milestone  was hailed by disability advocates and organizations including the Ruderman Family Foundation. The Foundation has made the inclusion of people with disabilities in the film and television industries a cornerstone of its philanthropic work.

“For nearly a century, disability has been glaringly left out of the conversation on diversity in Hollywood. Tonight’s award presentation marks a substantive step forward for both the Academy and the entertainment industry as a whole,” said Jay Ruderman, President of the Ruderman Family Foundation.