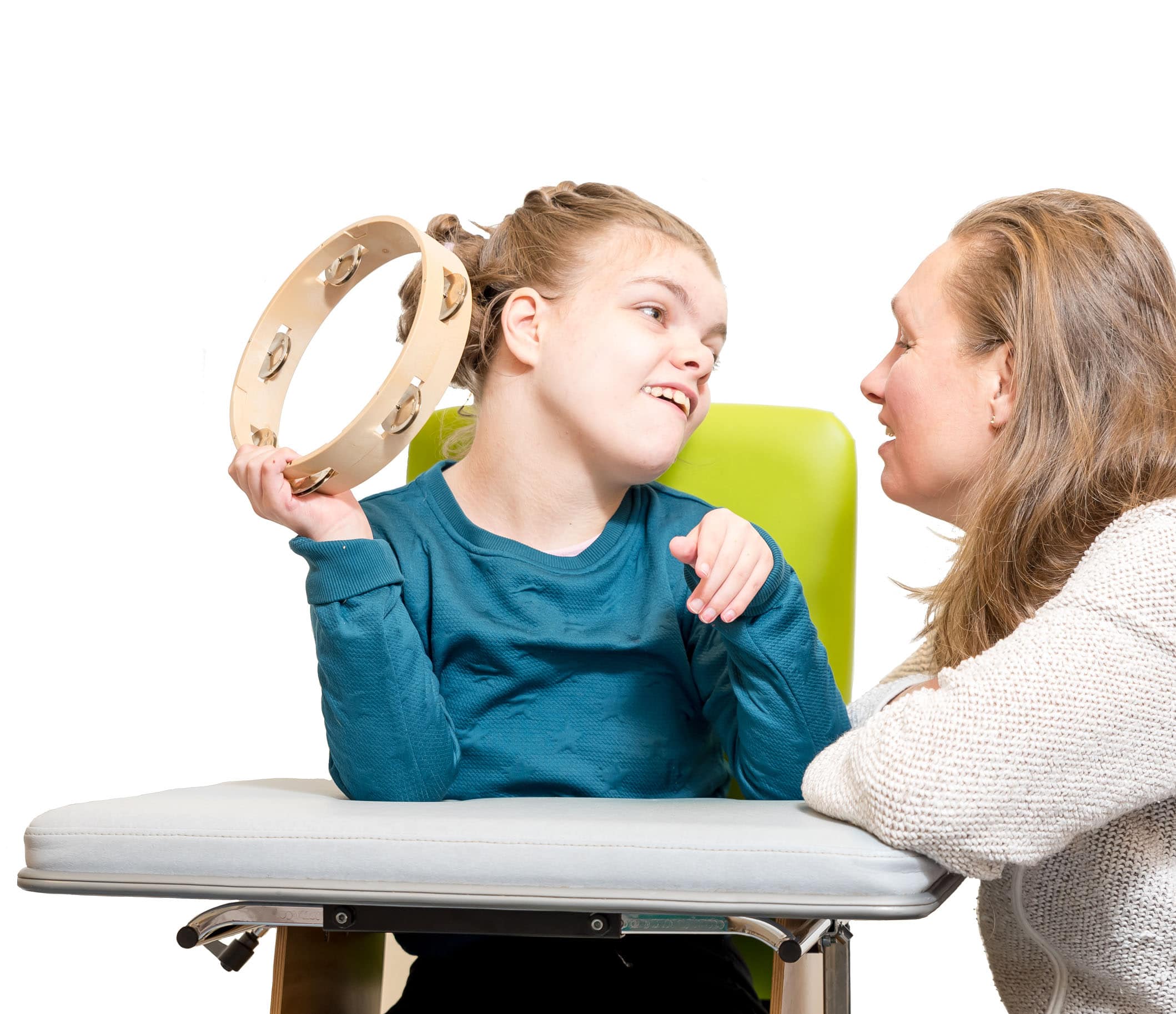 The health benefits of making music are well documented. According to research cited by  Vermont Public Radio, “actively participating in making music, actually making the sounds either by yourself or with a group, has been found to boost executive brain function, strengthen speech processing, improve memory and promote empathy.” In addition, “making music can slow the process of dementia and Alzheimer’s, increase the immune response and improve basic motor functions.”

Nowadays, adapted musical instruments such as the ones sold by Enabling Devices, make it possible for people with physical disabilities to make music. Meanwhile, the National Association for Music Education provides music teachers with strategies to teach students with disabilities and learning differences. Yet, until recently, students with disabilities lacked opportunities to perform in musical ensembles. With greater awareness of the values of inclusion and the musicality of all individuals, that is slowly changing. Here are some examples of inclusive orchestras and collaborative music programs that are celebrating the talents of musicians with disabilities.

Conductor Paula Moore believes strongly that everyone has musical talent. Twenty-five years ago, Moore founded the nonprofit InterPLAY orchestra for adults with mild to moderate cognitive and physical disabilities. Her son Mikey, a musician who has Down syndrome, inspired her.

The InterPLAY orchestra includes 67 amateur and professional musicians. Approximately half of the orchestra members are people with disabilities; the remainder are trained musicians over age 16 who serve as volunteer mentors otherwise known as “bandaides.”

Together, the orchestra performs concerts throughout the year at the “world-class” Music Center at Strathmore. As Moore recently told online publication Amerability, “We are very serious about what we do and how we did it. It isn’t that we don’t have fun – we do – but everyone knows that this is a serious enterprise.”

Recently, Ireland announced a new initiative that will lead to the country’s first orchestra for children with disabilities. According to an article on classicfm.com, “Whether the children are living with Down syndrome, autism or cerebral palsy, anyone with a disability is welcome to join.”

The orchestra teaches young members to play using a technique called conductology. Conceived by Dr. Denise White of Ulster University, the technique “involves all members of the ensemble agreeing on 18 gestures before they play together – building confidence and enhancing communication.” The orchestra will also make use of assistive technologies such as iPads, MacBooks and motion sensors to help children with disabilities access musical performance.

In 2017, the Bournemouth Symphony Orchestra began an 18-month program designed to make the orchestra more inclusive and accessible to people with disabilities. Among other initiatives, the program led to the implementation of BSO Resound, “a disabled-led ensemble created and directed by James [Rose].” Rose, a conductor with cerebral palsy who uses a head controlled baton to conduct the orchestra, leads a six-person ensemble that performs as a self-contained group and as part of the BSO orchestra.

Created in 1999, The Tap Tap orchestra began as an extracurricular activity for students at a Prague, Czechoslovakia school for children with disabilities. Since then, it has grown into an international phenomenon. According to CBS News, “The Tap Tap started with cover versions of their favorite songs. Today it produces music of its own — with help from local musicians — and lyrics that target the world of the disabled.”

The mission of United Sound is “to provide musical performance experiences for students with special needs through peer mentorship.” The nonprofit organization provides schools across the nation with the tools necessary to start their own ensembles. “Music is a language that transcends disability and the relationships formed in this way will truly resonate for all children involved.” Teachers and school administrators can learn how to bring the program to their schools by visiting unitedsound.org.