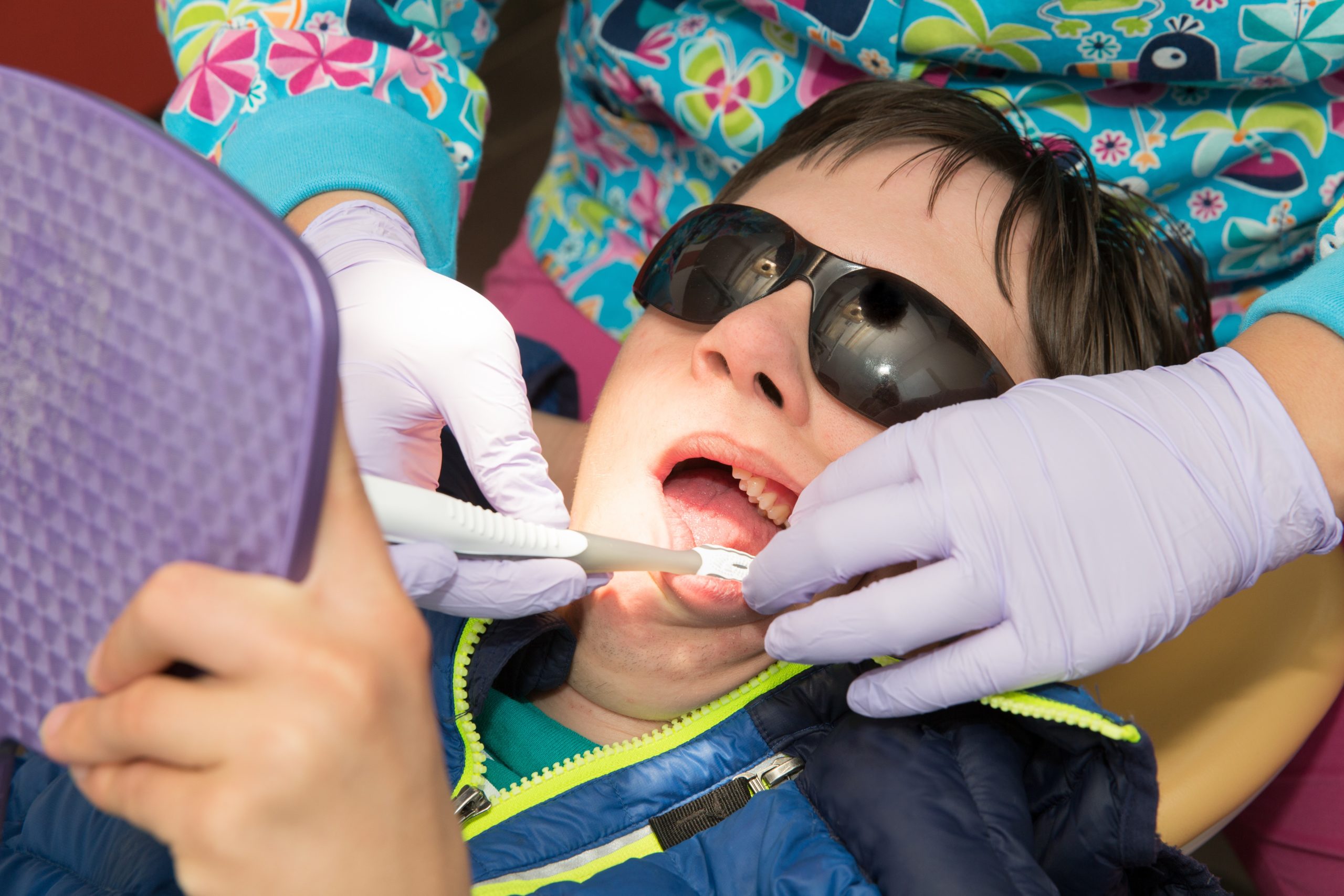 No one (or practically no one) looks forward to a trip to the dentist. But, for many people with disabilities, dental care isn’t just uncomfortable or inconvenient, it’s de-humanizing. And that’s if they can find a dentist willing to treat them at all!

Before deinstitutionalization in the 1970’s and 80’s, many people with disabilities received their health care, (inadequate though it might have been in some cases) through government-funded programs or on-site at the facilities where they lived. When these people were moved out of institutions and into the surrounding communities, they found few dentists in private practice with the skills or desire to treat them.

It wasn’t until 2006 that the Commission on Dental Accreditation began requiring that dental students be competent in assessing the needs of patients with disabilities. Nevertheless, The Times cites  a study in the Journal of Dental Education that found “as of 2012, less than three-quarters of dental schools [had] predoctoral students actively involved in [special needs patients’] treatment. In other words, though they received some coursework on treating patients with disabilities, they sorely lacked real-time experience.

What’s more, it was only last year that the American Dental Association updated its code of ethics to mandate that “dentists shall not refuse to accept patients into their practice or deny dental service to patients because of the patient’s race, creed, color, gender, sexual orientation, gender identity, national origin or disability.” Despite the change in its COE, contingencies in the code permit dentists to refer patients with disabilities to other dentists who they deem more experienced.

Fortunately, some dental schools and treatment facilities have gone beyond policy statements to provide real-life experience for students and thoughtful and useful accommodations for patients with disabilities.

For example, the NYU College of Dentistry was “one of 11 schools funded by the Robert Wood Johnson Foundation in the 1970’s to train dental students in caring for people with disabilities” according to the school’s website. “Since 1971, NYU College of Dentistry has run a successful Special Patient Care Program, an honors program for a small group of exceptional dental students to gain experience working with people with disabilities. Over time, the new center will expand these educational opportunities to all NYU dental students and residents, thereby expanding patient-care delivery.”

NYU is making good on that promise with its brand-new  Oral Health Center for People with Disabilities which opened in February 2019. The Center expands services to people with disabilities exponentially with features such as a wheelchair recliner that enables patients to be transferred from their chairs to the dental chair; two fully-equipped sedation suites; large treatment and consulting rooms and even an on-site multisensory room. Additionally, each patient is treated by an interdisciplinary team including a dental director, nurse, nurse practitioner, social worker, three patient-service representatives, a clinic manager and a patient care coordinator.

Another school and facility that seems to be getting it right is Rutgers University’s School of Dentistry and its Special Care Treatment Center in New Jersey. According to a 2017 report by the National Council on Disabilities, dental students at Rutgers receive extensive and comprehensive education on treating people with intellectual and developmental disabilities throughout their four years in dental school. Topics covered include pediatric dentistry; clinical communications; assessment-making and treatment planning for patients with disabilities. Dental students at Rutgers are also required to do one-week rotations through SCTC.

Rutgers’ SCTC “contains nine fully equipped dental operatories, one of which is dedicated to dental hygiene and two of which are specially configured to accommodate large wheelchairs and stretchers.” Additionally, says the NCD report: patient operatories offer extra privacy and each one is equipped with individual X-ray and nitrous oxide devices.

For more information on dental care for people with developmental disabilities, visit the National Institute of Dental and Craniofacial Research of the NIH or the Special Care Dentistry Association.