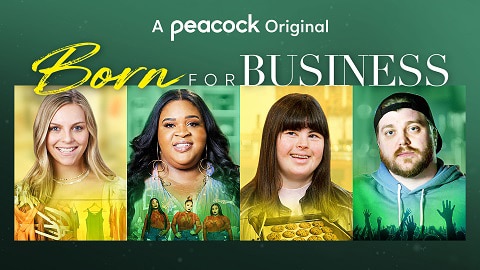 Searching for a watch-worthy reality show? We’ve got just the ticket. “Born For Business,” a new documentary series by Bunim/Murray Productions, the creators of “Keeping Up with the Kardashians” and “Born This Way,” premieres on NBCUniversal’s streaming service Peacock and CRAVE on August 23. “Born For Business” is also presented by Shopify Studios, a comprehensive commerce platform that helps users to start, run, and grow a business.

The 10- episode show features four entrepreneurs with disabilities trying to run their small businesses amidst the COVID-19 pandemic. They are: