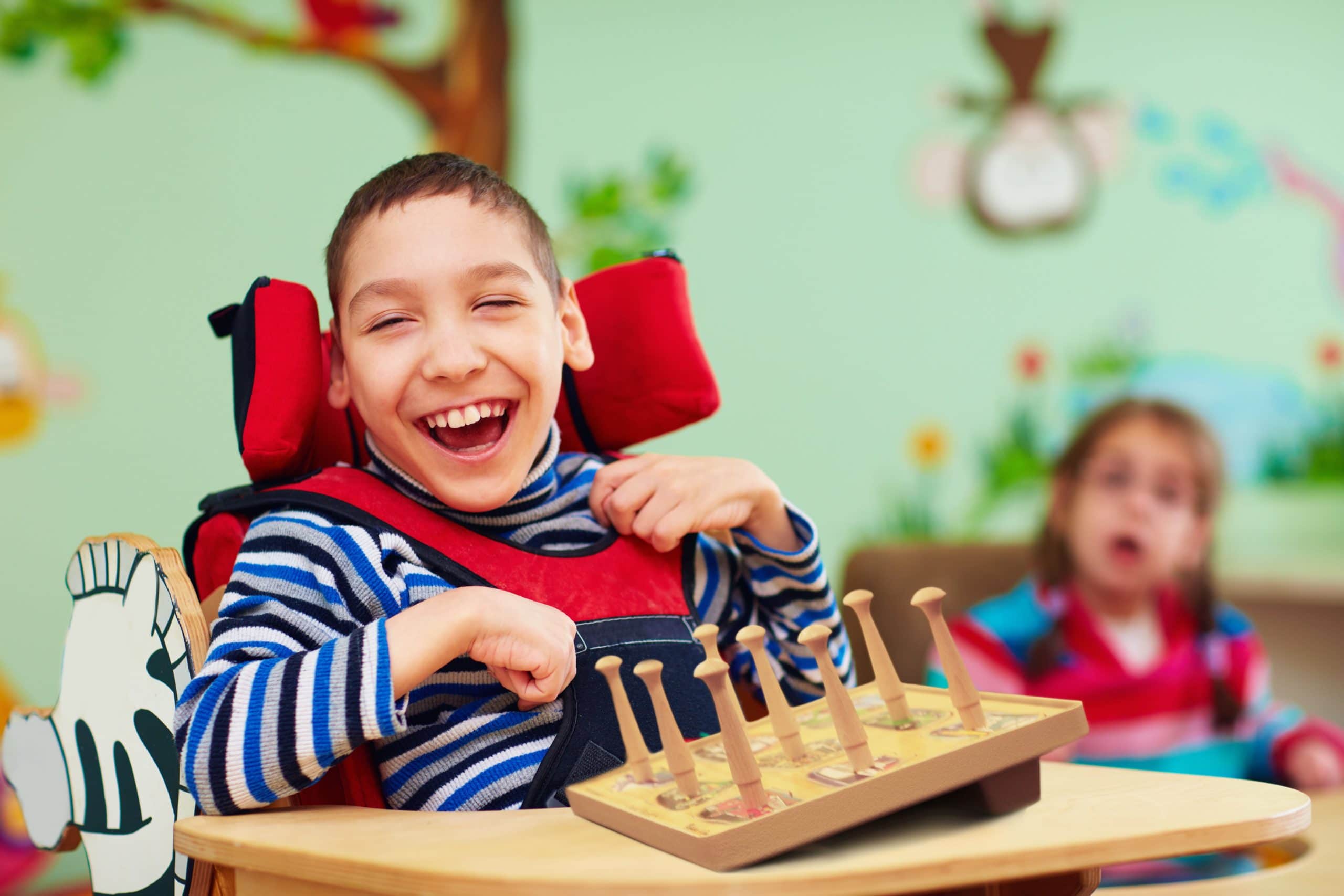 March is Cerebral Palsy Awareness Month. Here at Enabling Devices, we’re celebrating with a blog that highlights some of the life-changing research being done to improve the lives of people with Cerebral Palsy.

According to United Cerebral Palsy, CP is characterized by “a number of disorders affecting body movement, posture and muscle coordination Caused by damage to one or more specific areas of the brain, CP usually occurs during fetal development; before, during or shortly after birth; during infancy; or during early childhood.”

CP affects more children than any other mobility disability. In fact, The Centers for Disease Control and Prevention (CDC), reports that “about 10,000 babies born in the United States will develop cerebral palsy.” Approximately 764,000 people in the U.S. have CP. Want more info? Both the CDC and UCP have tons of facts and figures.

While there is no cure for CP, thanks to research and clinical trials, treatments continue to improve and people with CP are living fuller and more independent lives than ever before. We’ve scoured the web to find information about the latest and greatest CP research news. Here’s what we found:

Music therapy is a useful tool
A study in the European Journal of Physical and Rehabilitation Medicine published in February 2018 found that music therapy helps children with severe bilateral cerebral palsy have improved upper limb functioning. As Cerebral Palsy News reported: “After completing 16 weeks of treatment, children in the intervention group showed significant improvements in locomotor function and in the ‘arm and hand position’ and ‘activities’ sections of the Chailey Levels of Ability test. This test assesses the functional skills of children with severe cerebral palsy.”

Simulated hippotherapy is helpful
According to Justin Burton, MD; co-program director and pediatric rehabilitation medicine physician at the National Center for Children’s Rehabilitation, hippotherapy is one of the most effective types of therapy and can help improve balance, strength, endurance, and ultimately function and quality of life.”

But hippotherapy, which traditionally refers to therapeutic horse-back riding, isn’t accessible to everyone. So, Dr. Burton, his colleague Olga Morozoba and a team of medical professionals have created a horseback riding simulator so that more children with CP can benefit from the therapy. “The simulator focuses on increasing a child’s ability to maintain control of his or her torso, which is the core (or trunk) of the body,” Burton told News-Medical.net.

Stem cell infusions are beneficial
An Oct. 2017 study at Duke University found that stem cell infusions can improve “whole brain connectivity and motor function in young children with cerebral palsy.” According to Disability Scoop, the November 2017 study, looked at 63 children with spastic CP and discovered that children between the ages of 1 and 6, who were infused with stem cells from their own umbilical cord blood, showed significant improvements in motor functioning.

Dysport, is a good deal
Injections of Dysport and its cousin, the more well-known Botox, are used to decrease spasticity and increase muscle tone in people with CP. A recent study in the European Journal of Pediatric Neurology showed that “ Dysport, when given at a two-fold higher unit dose than Botox, is safe and equally effective in improving muscle function and reducing pain, while significantly reducing treatment-associated costs,” Cerebral Palsy News Today reported.