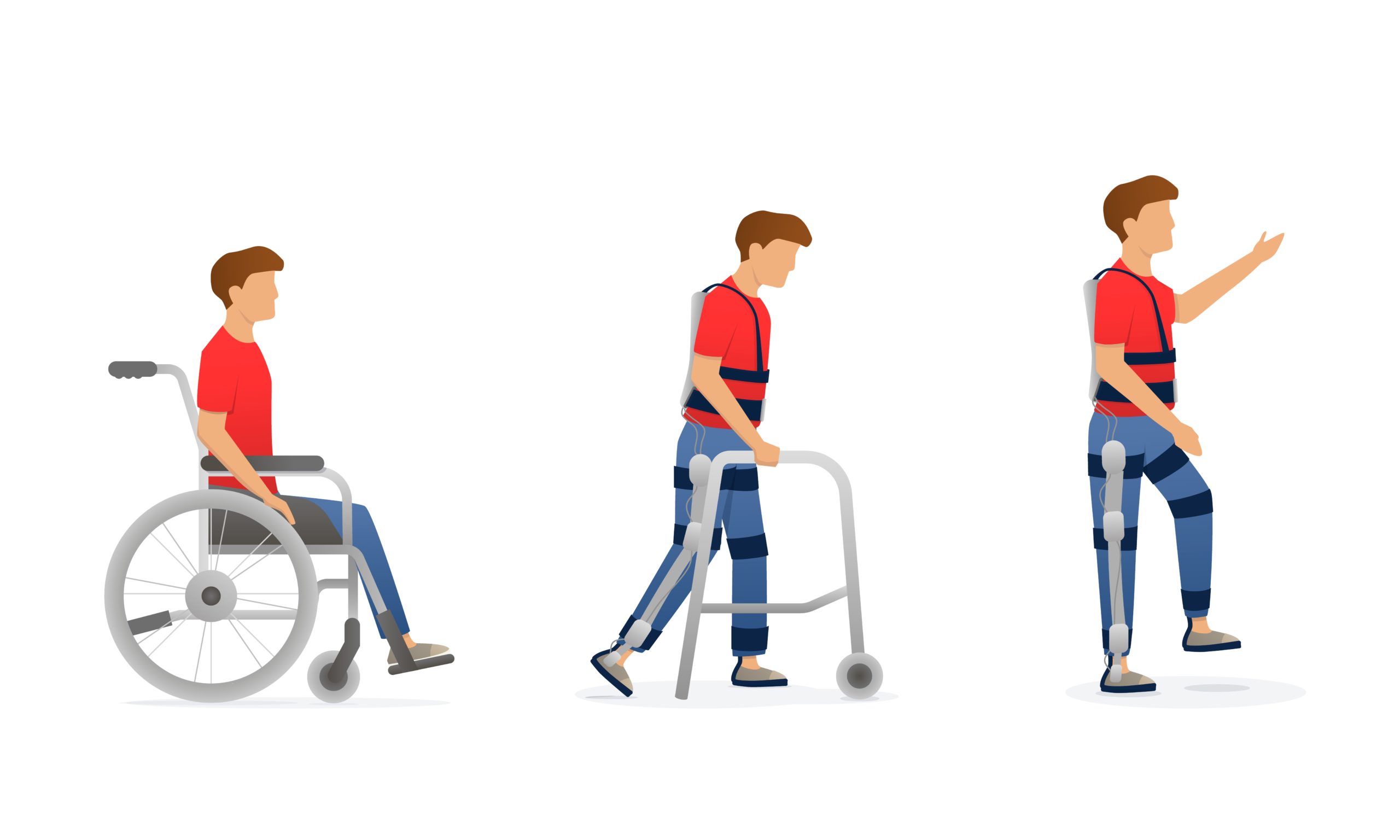 September is National Spinal Cord Injury Awareness Month.  According to the National Institute of Neurological Disorders and Stroke, “there are an estimated 12,000 spinal cord injuries every year in the United States alone; and more than a quarter of a million Americans are currently living with spinal cord injuries.”

While injuries to the spinal cord can be devastating, new treatments and protocols are being developed all the time. Here are some of the most promising.

Epidural electrical stimulation
When injuries to the spinal cord occur, they can interfere with signals between the brain and the neurons in the spinal cord, resulting in motor and sensory difficulties. However, as Matthew Warren of Nature Research writes: “In most cases, there are still some connections between the brain and the motor neurons in the spinal cord below the injury…”  These surviving connections can be stimulated by electricity to help people with SCI to regain movement.

In a study conducted by Grégoire Courtine, a neuroscientist at the Swiss Federal Institute of Technology in Lausanne, and his team, the electrical stimulation was used “to give these motor neurons extra excitation, boosting the signals received from the remaining connections with the brain.” The technology enabled three people with SCI to reclaim some use of their legs.

Diaphragm Pacing System
Spinal cord injuries interfere with individuals’ abilities to breathe, often requiring the use of a mechanical ventilator. The diaphragm pacing system may reduce the need for a ventilator and can also provide many other health and lifestyle benefits. According to the Mayo Clinic, “A diaphragm pacing system is a lightweight, battery-powered electronic pacing system that electrically stimulates your diaphragm muscles and nerves” The set-up is as follows: Four electrodes are implanted into the diaphragm muscle while the fifth electrode is implanted just below the skin nearby. After implantation, the electrodes are connected to an external stimulator that provides continuous electrical impulses to the electrodes. This prompts the diaphragm to contract and assists the individual with breathing.

Cough Stimulation System
In addition to their difficulties with breathing, individuals with spinal cord injury typically have trouble coughing. This leads to a variety of dangerous upper-respiratory conditions. Doctors Anthony DiMarco and Krzysztof Kowalski at the Cleveland Functional Electronic Stimulation Center used the diaphragm pacing system in conjunction with a new method they created to activate muscles in the abdominal and lower rib cage so that people with spinal cord injuries could cough. Their process is minimally invasive. According to CFES, “The electrodes are inserted through the skin, then advanced to the dorsal spinal cord. Research participants use a stimulator to produce several different cough efforts ranging from light to strong.”

Locomotor training
During locomotor training, the patient, who wears a harness is suspended over a treadmill while therapists move his or her legs as if they are walking. This teaches the nervous system how to walk again. According to health professionals at the Dana and Christopher Reeve Foundation, “During step training, sensory information from the legs and trunk is repetitively sent to the spinal cord. The sensory input comes from the actual stepping, from the manual contact of the therapist on the participants and from the contact of the sole of the foot on the ground.” As patients become stronger, they move from a treadmill to walking on the ground and eventually to their homes. Though prognoses vary, patients who undergo locomotor training report benefits to their cardiac and pulmonary health as well as increased bone density and decreased spasticity.

Code SCI
A new protocol known as Code SCI, developed in 2018 by Sanjay Dhall, MD, a UC San Francisco associate professor of Neurological Surgery and director of Spinal Neurotrauma at ZSFG, has altered the way emergency rooms handle the early care of SCI patients. According to Medical Xpress.com, “part of the new protocol that Dhall created is based on a recent study that found the most important factor in a patient’s recovery is actually related to blood pressure in the spine.” Study researchers measured each patient’s blood flow to the spine and raised it only when necessary, based on the individual’s resting blood pressure. “Each patient has a different interspinal pressure,” said Dhall, and “our hope is that we’ve found a safer way to get the blood pressure or the blood flow to the spinal cord to the optimal point while minimizing potential harm.”

Another important component of the CODE SCI protocol is the emphasis on prompt surgery. In the past, SCI patients might wait as long as two days for their initial surgeries, Dhall’s protocol ensures that patients undergo surgery within the first 12 hours post-injury.

In observance of Thanksgiving, our office will be closed on Thu, November 26 & Fri, November 27, 2020. (Online ordering is available 24 hours a day - 7 days a week) Dismiss