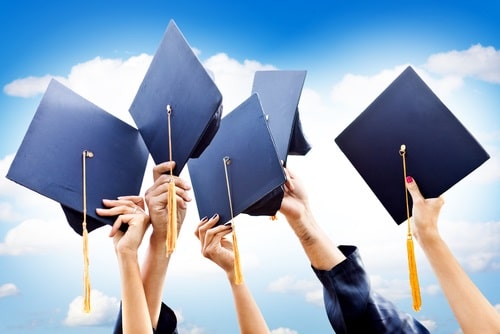 Recent data shows that high school graduation rates in the United States are higher than in any other time in history. According to the 2017 Building a Grad Nation Report by Civic Enterprises and the Everyone Graduates Center at the School of Education at Johns Hopkins University, in 2015, “about half of all states reported high school graduation rates of 85 percent or more.” By 2020 those states are poised to graduate 90 percent of their high school seniors.

But sadly, the data on students with disabilities tells a very different story. The same Grad Nation report also found that “Thirty-three states reported high school graduation rates for special education students below 70 percent, and nearly half of those 33 had graduation rates for students with disabilities below 60 percent.  Four states—South Carolina, Louisiana, Mississippi and Nevada—graduated half of their special education students.”

Unless the graduation rates of students with disabilities, poor and minority students improve, the Grad Nation report concludes that the country won’t meet the 90 percent graduation mark.

In an article for Nonprofit Quarterly, Noreen Ohlrich, calls the gap in graduation rates between those with disabilities and without them “scandalously wide.”

So, what if anything can be done to level the playing field? Here’s what some of the experts recommend.

1. Mainstreaming
Multiple studies including a 2016 study Using Survival Analysis to Understand Graduation of Students With Disabilities find that students who spend most of their school day learning alongside typically developing peers, are more likely to graduate high school than those who spend their entire school days in special education settings.

As Jackie Mader writes for the Hechinger Report, “Experts say the problem is that it takes much more than just placing students with disabilities next to their general education peers: Teachers must have the time, support, and training to provide a high-quality education based on a student’s needs.”

Some teacher training programs are beginning to rise to the challenge. For example, says Mader, “Every teacher who graduates from Syracuse’s Early Childhood or Elementary Education program is dual-certified in special education and spends time in inclusion classrooms.”

3. High Expectations
Depending on the nature and severity of their disabilities, many students have the aptitude to earn regular high school diplomas. Researchers have found that when capable students with disabilities are held to the same standards as their non-disabled peers, they are more likely to graduate. According to researchers Todd Grindal and Laura Schifter (whose study is referenced above) writing for Huff Post , “graduation rates for students with disabilities are lower when states offer more alternate, special education diplomas.”

4. Mentoring Programs
Students with disabilities who have mentors or participate in mentorship programs are more likely to remain in school, says the PACER Center. “According to research, mentorship and mentoring programs are successful at keeping students with disabilities from dropping out of high school. Statistics show that when students feel they are part of a community and receive guidance and support for their future dreams, they are more likely to stay in school.”

5. Parental involvement
It goes without saying that children with parents who are involved in their educations tend to be more successful. But for children with disabilities, studies show that parental involvement is even more critical, and may be an important factor in determining whether they will graduate from high school. According to Project IDEAL, “When parents are actively involved, their child is more likely to exhibit higher grades and test scores; better attitudes towards school; more positive behavior; consistent school attendance; more completed homework; less chance of the need for special education services; greater chance of high school graduation; and, better likelihood of participating in postsecondary education.