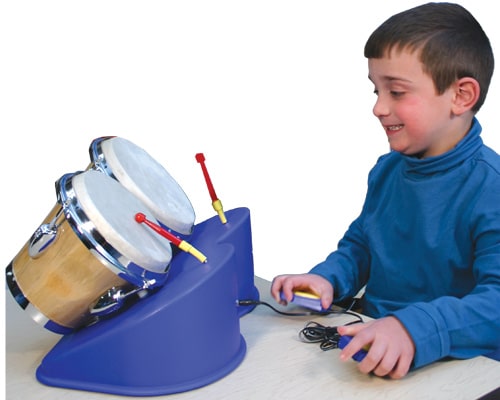 Music is widely recognized for its universal healing properties. Arguably, its benefits are even more profound for those who face cognitive, physical, behavioral and psychological challenges. Jordan Goodman, a musician, mental health counselor and founder of Beatwell, a company that brings therapeutic drumming to children and adults with and without disabilities, has seen music’s magic in action over and over again.

A musician from childhood, Goodman developed an interest in psychology while attending college. He went on to earn a master’s degree in clinical psychology while continuing to play and teach music. In his work with drum students, Goodman couldn’t help but notice that they all appeared less anxious and more confident when they drummed. He began to suspect that drumming had significant healing and therapeutic properties.

Curious about his observation, Goodman decided to focus his graduate studies on the physiological and psychological effects of drumming. His discovery of the work of neurologist Barry Bittman confirmed his instincts. Bittman’s 2001 study showed that drumming increases the number of T-cells in the blood, helping the body to fight off viruses, while a 2005 study the neurologist co-authored found that “recreational music making, particularly, drumming, can reverse 19 genetic responses to stress.” Other research by Bittman showed that drumming improves mood, reduces burnout rates, enhances creativity and builds community. 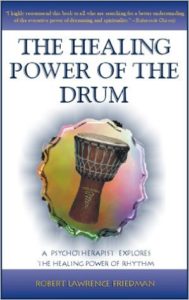 And, when interviewed by the Daily Beast in 2014, Robert Friedman, a N.Y. psychotherapist and author of “The Healing Power of the Drum” reported on the success he has had using drumming to help those with Alzheimer’s Syndrome and autism. “It helps with attention and focus,” Friedman noted. “We’ve also explored therapy with Parkinson’s patients. When a patient listens to the beat, they are able to walk, helping them on a fundamental level.”

Goodman, who is trained in the evidence-based HealthRHYTHMS drumming protocol created by Bittman, has used therapeutic drumming with groups and individuals with Down syndrome, autism, Alzheimer’s disease, traumatic brain injury, addiction and psychiatric illness with great effects.

“When I go into a setting with a population that is new to me, I’m un-fazed, because I believe that we all share more in common than not,” says Goodman. “I did a workshop at a school for children on the autism spectrum with 25 kids from kindergarten through 8th grade. Afterward, the teachers were shocked. They had never seen the whole group stay on task for an entire hour. I find that with people with developmental disabilities, the tactile properties of drumming are very soothing. They feel grounded in the experience and it creates a safe and supportive atmosphere where people can express themselves, take chances and try new things.”

Although children with autism, ADHD and other developmental disabilities may struggle when it comes to forming emotional connections with other people and understanding social cues, Goodman has found that when they are part of drum circles, these difficulties are minimized and they experience the benefits of community.

“It’s too bad that many children get their first exposure to music education in classrooms where there’s this expectation for them to perform in a particular way,” says Goodman. “If they don’t do exactly what they’re told to do then they’re wrong. That’s not fun. When they’re on the playground doing what feels good there isn’t that sort of pressure. That’s what music should be. Just doing what feels good. Just playing. ”