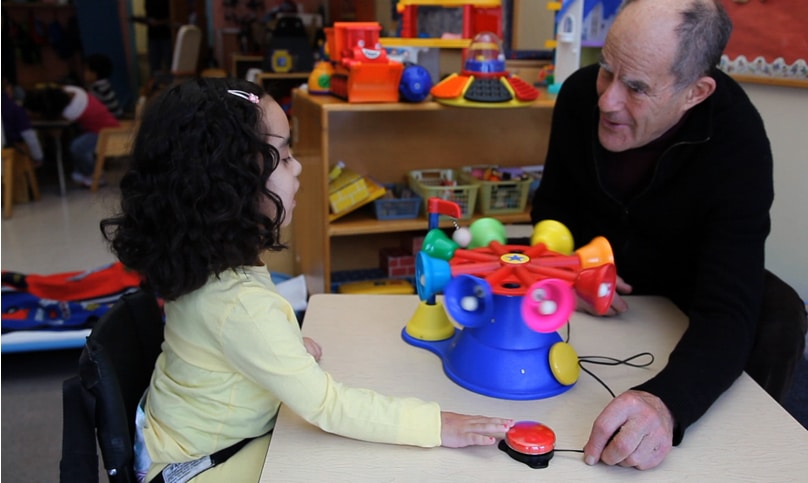 In winter of 1946, my grandfather locked the front door to his Times Square factory—this was when there was still manufacturing in Times Square—and went trudging through the snow to buy my father a toy train set for his tenth birthday. But when he finally arrived at Macy’s, and stood surrounded by Lionels and American Flyers, he noticed that something was missing. There were no bridges.

Good with his hands and quick on his feet, my grandfather hurried back to his factory and fabricated one of his own. An hour later he returned to the department store with a prototype and the Junior Bridge Company was born.

My father had higher goals. He wanted to cure cancer. In tenth grade he was invited to The American Institute’s Science Fair which was being held at Brooklyn Technical High School. His project was called: ‘Three Aspects of Cancer: Clinical, Cellular, Molecular.’ He won first prize. Toy trains were left behind. But not his sense of wonder, of discovery, of play. He kept inventing, learning, seeking.

He went to medical school and spent the 1960’s working at Albert Einstein, at Sloan Kettering, and at Columbia as a medical engineer and cancer researcher. He worked on tumor dissagregation, fetal monitors, and fibrinolyitic studies. But during a visit to the United Cerebral Palsy center he noticed that something was missing.

The children had no toys. No toys they could play with. And for my father, nothing was more important than play. It was how he learned, how he designed, and how he lived; and he did not want to see those with special needs locked out of something he considered so essential.

The Santa Claus of Southside

In 1978, on the corner of Spring Street and Southside in the village of Hastings, New York, my father, Steven Kanor, opened small shop and he began designing and manufacturing toys for children with special needs. How he managed to cram all of his heavy machinery into six hundred square feet was a mystery to me, but so were the toys he made that could be activated by the nod of a head, or the blink of an eye, or just a puff of air.

The shop was called Toys For Special Children. By then he had grown a beard and a local newspaper had called him “Santa Claus for the handicapped.”

Like his father, he had become a toy-maker. At that time, I was fifteen-years-old and his only employee. He taught me how to work the lathe, the molding machine, the bandsaw, and jigsaw. Working side-by-side with him, I witnessed, first hand, his ingenuity, his creativity, and his seemingly endless knowledge of all things mechanical, medical and electrical. But I wanted to do other things. And I did.

I studied jazz guitar at Berklee School of Music, I drove a cab, I got an MFA in acting from NYU, I tended bar, I ran a restaurant, I wrote a book. And then somehow, through something in the DNA passed down through my grandfather the bridge maker, or through a simple twist of fate, I ended up working at his company.

The little shop was bigger and there were more employees. It now made enabling devices for people of all ages and with differing needs. But what had not changed was the scope of my father’s lifelong mission: his deep devotion to serving others, his desire to uncover the unique creativity that lies in every human being, and his insistence that each individual, no matter how severe his or her disability, matters and has potential. And as I sat with each employee in my first two weeks back in my father’s shop, as I listened to them talk about their work, I was humbled by their commitment to his mission and inspired to be a part of it once again.

And so now I’d like to continue to immerse myself back in this world by listening to anyone who is involved in the special needs community in any way: parents, children, therapists, teachers, friends, anyone. And I’d like to use this space as a forum for sharing other relevant blogs, for sharing information, and for finding out in what ways Enabling Devices can better serve the community at large.

If you’d like to know more about what we do you can visit our website, but I think that the clip below says it all: It’s a video of my father and a little girl playing together with one of his adapted toys.

Looking forward to hearing from all of you,
Seth

One Reply to “Three Generations of Toy-makers”