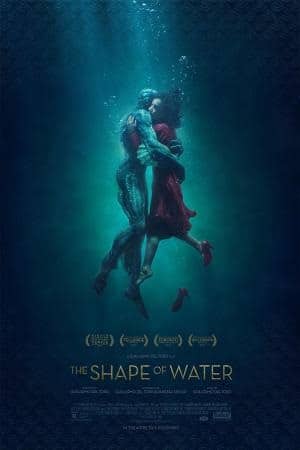 Last week, nominations for the 90th anniversary of the Academy Awards were announced.

The romantic fantasy film, about a non-verbal woman janitor named Elisa, who falls in love with a gigantic sea creature, has been heralded  as “a love story like no other” by the Boston Globe, and “a dreamy, delightful masterpiece” by Vice. The News Gazette said the film is “a poignant, powerful fairy tale for our times that speaks to universal concerns — the alienation of the unique, the dangerous power spawned from needless paranoia and the importance of acceptance in a world accustomed to intolerance.”

Yet, in the disabilities community, opinions of the film vary. One objection from some members of the community regards the casting of verbal actress Sally Hawkins as Elisa. While no one is denying Hawkins’ acting abilities [she recently played disabled artist Maud Lewis to critical acclaim], some are expressing frustration that once again, a Hollywood director has failed to hire an actor with a disability to play the role of a character with a disability.

Alice Wong writes about this phenomenon for Teen Vogue. “Disabled people are everywhere, and yet we’re invisible and erased by people with unexamined privilege in the center. An example of ableism: when it’s the default that disabled characters are played by nondisabled actors. Think about the Oscar buzz around Guillermo del Toro’s “The Shape of Water” and the performance of Sally Hawkins, who plays a nonspeaking person who uses sign language.”

Writes Elsa Sjunneson-Henry for science fiction fantasy blog, Tor.com:  “Disabled actors are constantly passed over; disabled characters instead being presented as “challenging” roles for abled people to play. It would have been a much more powerful film had the actress been a disabled woman, especially someone whose sign was fluent and natural, a sign language that she relied upon every day to communicate, and not just for a single role.”

In the same blogpost, Sjunneson-Henry writes: “With the exception of “Children of a Lesser God,” [in 1986] it is the first time I have ever seen a disabled woman as an object of desire.”

While that seems like a positive step, it is overwritten by the fact that the one who desires Elisa, is not a human being, but a monster.

“At its core, “The Shape of Water” asks us to consider what a freak is,” writes Sjunneson-Henry. “Is a monster a god? Is a disabled woman a freak? An outsider? Can she be loved or understood by her own kind, or are the monsters the only ones who can truly understand her? Unfortunately, the answer to this movie was that no, she cannot be loved by her own kind, and yes, she is an outsider. A monster. A freak.”

Yet, writing for the “Hollywood Reporter,” Kristen Lopez, a writer with a disability, sees “The Shape of Water’s” message in more hopeful terms. “As a film writer with a physical disability, I find it hard not to feel personally offended by movies that reiterate that disabled people aren’t sexual. It’s even worse being a woman with a disability, where the lack of actresses playing disabled characters leaves one to question if Hollywood thinks disabled women can’t be sexy at all. But watching “The Shape of Water” gives me hope that maybe barriers can be broken down regarding sex and disability.”

Have you seen “The Shape of Water?” What did you think? We’d love to hear your thoughts.