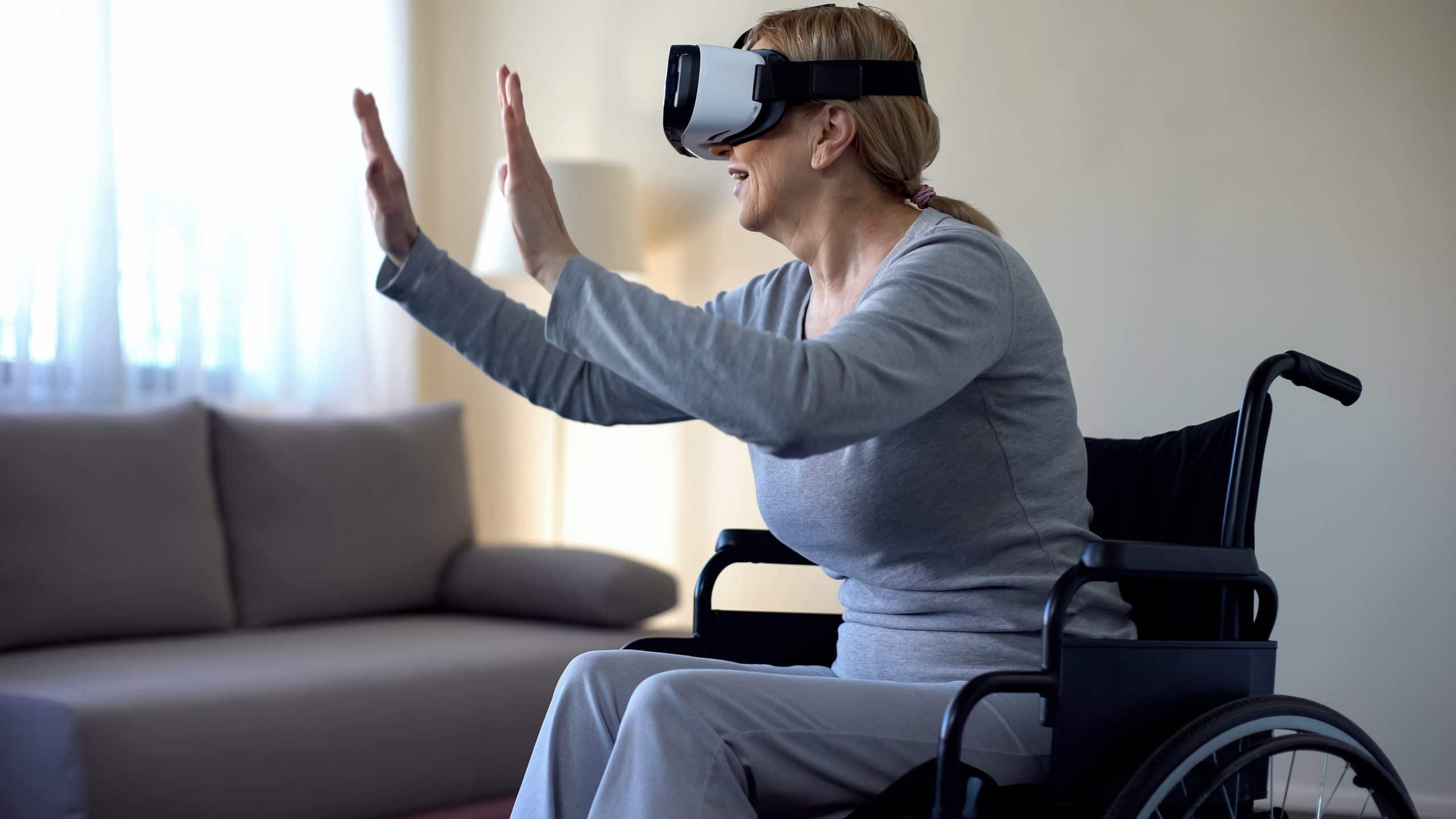 photo courtesy of: The Radio Scout

Several years ago, retired science teacher, volunteer fire fighter and chimney sweep Robert Jester suffered a devastating accident when he fell from a roof while cleaning a chimney. Jester, a Long Island, N.Y. resident, broke 19 bones, and woke up in the hospital to find himself paralyzed from the waist down. After multiple surgeries and five-day-a-week rehabilitation sessions, Jester continued to experience excruciating pain. Concerned about the effects of habitual opioid use, Jester turned to virtual reality technology to manage his pain.

The Virtual Reality Society defines it as follows: “Virtual reality is the term used to describe a three-dimensional, computer generated environment which can be explored and interacted with by a person. That person becomes part of this virtual world or is immersed within this environment and whilst there, is able to manipulate objects or perform a series of actions.”

Those who have used the technology says it feels incredibly real.

In 2015, a company called appliedVR created a platform that could be used to “impact chronic pain as well as acute pain and anxiety experiences before, after, and during surgery, child labor, oncology infusions, emergency room procedures, and rehabilitation sessions.” According to appliedVR’s website, since its founding, “appliedVR has delivered scientifically designed and validated digital health solutions to over 30,000 patients in more than 250 hospitals and in 8 countries globally.”

For Jester, appliedVR has made a huge difference. When Jester is overwhelmed by pain, he skips the pain medicine and instead, straps on his VR goggles. He finds that the 3-D technology can “refocus my attention to flying on the Wright’s airplane or looking at animals out on the plains, or looking at farm animals. It takes my attention away from the pain.” In time, Jester taught himself to use his mind (without the technology) to escape his pain for hours at a time.

In fact, Jester claims that virtual reality has done even more than reduce his pain and need for pain medicines. It has also done wonders for his recovery process he says. Jester is now able to move his leg — something doctors told him he would never be able to do. And research backs up Jester’s belief in how VR can hasten recovery. “Research has shown that VR-mediated rehabilitation can speed the pace at which these patients regain physical abilities,” writes Sarah DiGiulio for NBC News. “One study of stroke patients showed that VR rehab led to more improvements in arm and hand movement compared to conventional rehab after four weeks of therapy. The VR-assisted patients had better mobility when the doctors checked in two months later. Other research has shown similarly successful outcomes for patients with cerebral palsy undergoing rehab for balance problems.”

When it comes to its medical uses, many doctors and patients believe that the sky’s the limit. As for Jester, he insists that despite doctors’ prognoses, he will walk again.