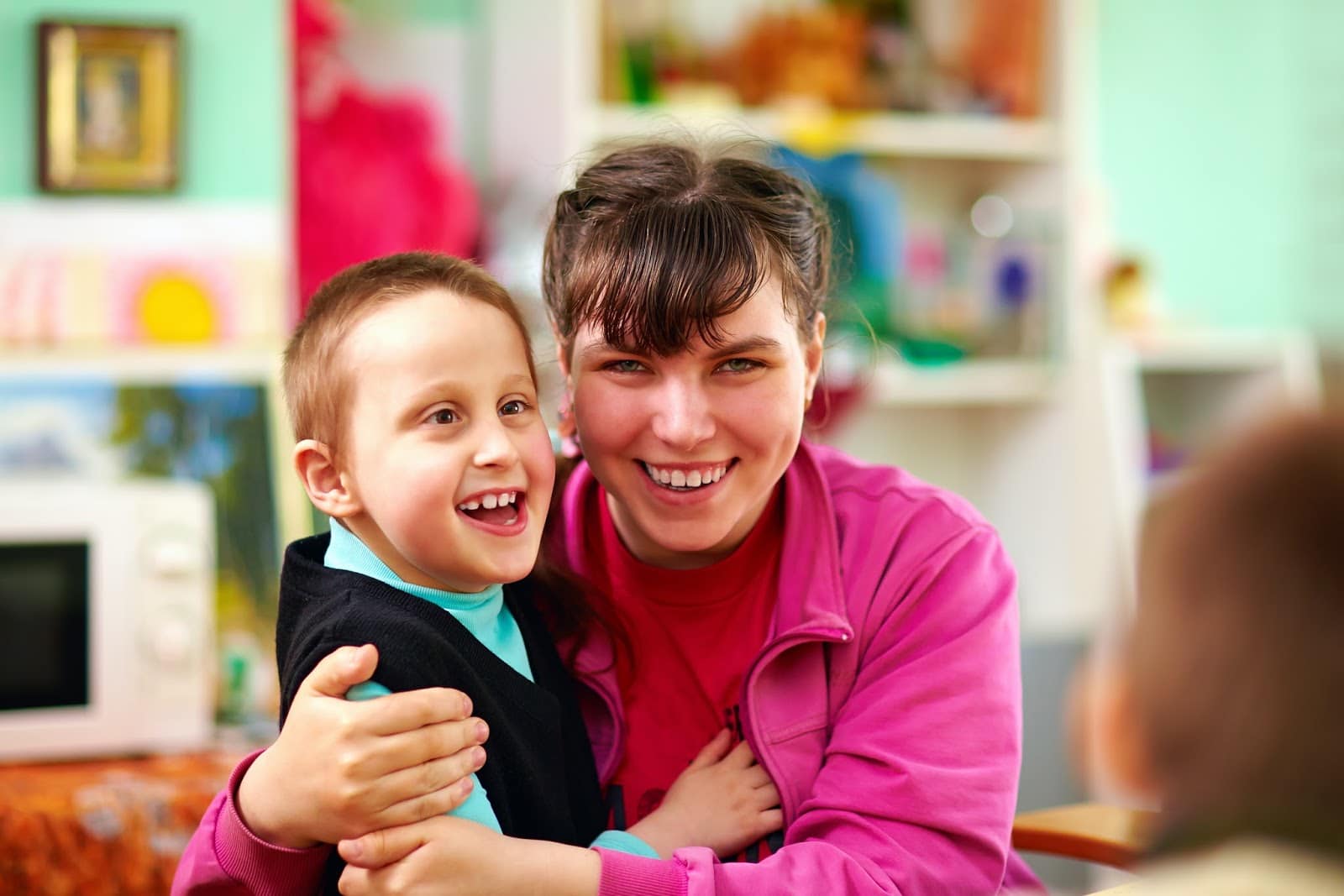 Experts agree—when diagnosed with a developmental disability such as autism, early intervention is crucial. Yet, the same experts don’t always agree on which interventions are most effective.  With some professionals favoring behavioral approaches such as Applied Behavior Analysis (ABA), Pivotal Response Training (PRT) and Verbal Behavioral Analysis (VBA), others believing in developmental models such as P.L.A.Y. PROJECT, SCERTS and DIR (Developmental, Individualized, Relationship-based model) Floortime, and still others recommending a combination of interventions, parents have their work cut out for them. It can be overwhelming to decide what therapies will best meet your child’s needs.

In this week’s blog post, we learn about the DIR Floortime approach and speak with Sima Gerber, Ph.D., CCC-SLP, a trained DIR Floortime practitioner, speech/language therapist and professor of of Speech-Language Pathology in the Department of Linguistics and Communication Disorders of Queens College, City University of New York. Gerber specializes in working with children on the autism spectrum and has been using the DIR Floortime model in her therapeutic work with children for the past 25 years. She has worked as a speech-language pathologist for 40 years.

E.D.: What is the history of DIR Floortime?

S.G.: The DIR Floortime model was conceived by the late Stanley Greenspan, a child psychiatrist and Dr. Serena Wieder, a child psychologist.  In the 1970s Dr. Greenspan was working on the Clinical Infant Development Program, an NIMH clinical research study research study and he asked Serena to join him in 1978. In those days, autism was [at least thought to be] relatively rare.

Dr. Greenspan thought the usual ways of describing development were not holistic enough. He wanted a model that brought together all aspects of a child’s biology and environment. In DIR you’re looking at where a child is in terms of her social and emotional development, regulation, cognitive, motor and communication skills.

Can you summarize DIR Floor-time?

Please provide a general idea of how Floortime works.

During Floor-time [preferably during play], the adult interacts with the child, following his lead. It doesn’t have to look like typical play. The adult tries to woo the child into a reciprocal, engaged interaction and to gradually move the child from the developmental stage where he’s at, to the next stage. For example, when I work on language using a developmental approach I start where the child is. If he’s 4 and just making sounds, I don’t try to teach him to speak like typically developing four-year-olds speak. I join in his sound making and see if we can expand on it.

If a child is rolling a car back and forth but not really interacting with his parent, the parent can get down on the child’s level and join in his delight about rolling the car.  The parent might get a car herself and try to bump it into the child’s car so he notices her.  She might bring a little ramp and then try to catch the child’s car or say, “Wowee look at that car go!”

[The parent can] play a little game with the child; perhaps playfully try to take the car away. Even if the child becomes upset that’s still progress since that’s an interaction that‘s interpersonal. Of course, don’t overdo it or the kid will get too frustrated.

The point is: When the child is doing something repetitive like rolling the car back and forth, don’t try to stop him from doing that. Instead, join him. Sometimes when I’m working with a child, I might have a more physical option such as a trampoline available. If he doesn’t go to the trampoline on his own, I might jump it or say some words that remind him of the chase game. “I’m going to get you …” I might put a stuffed animal on the trampoline and make the stuffed animal jump up and down. It’s all about what the child is doing.

How much time does a parent need to dedicate to DIR Floortime?

As many hours a day as possible, but it doesn’t only have to be during playtime. Let’s say it’s bath-time. Pay attention to what the child is doing.  If she’s obsessively popping bubbles, you pop bubbles too. Try to make a game of it.

Which children can benefit from DIR Floortime?

Any child can benefit from DIR Floortime. It’s a way of interacting with children that promotes healthy interpersonal development. It’s become associated with autism but its benefits are not necessarily limited to kids on the spectrum.

Can you describe a success story?

I’ve worked with 15-year-old Matthew for 10 years and I attribute his success to his mother. She was either a Floortime “natural” or just learned it very quickly. It was easy for her to get the principles and get “in the Floortime zone.”

Matthew did a lot of scripting.  He would recite lines from movies and TV programs. My suggestion to his mother was to join the script. So, if Matthew said a line from “Finding Nemo,” his mother would say,  “Finding Nemo?” So he would keep scripting. She would say, “Really?” “He did?”  Or she might take a line from the script and say it back to him. It’s very hard to listen to a kid who goes on and on talking about the same thing. Many parents would say, “No more talking about Nemo.”

But when you join kids who script, 99 percent of the time, they’ll look at you. They’re saying something meaningful to them and if you join them there’s a better chance they’ll interact. Matt’s mother did this with every interaction. And she was very laid back. If he was doing something inappropriate in my waiting room, she didn’t keep saying ‘Stop it Matt, “Come back here, Matt.” Instead, she waited and let things happen. That way, he wasn’t always being told he was doing something wrong.  She was also very tuned into his regulatory problems. By that, I mean she understood his bodily needs. For example, she knew he was often agitated and had trouble focusing during therapy. So, before his therapy session, she would do physical activities with him to help center his body. Now he’s a skateboarder. Matt’s mother had energy for everything he wanted to do. She took him to the skateboard park as frequently as possible, despite having two other children, one with special needs.

Where is Matthew now?

He just graduated from a special middle school for children with language and communication challenges. He’s very social, interested in having girlfriend. He plays drums. He’s interested in sex, drugs and rock and roll! He has a good sense of humor and is very appealing. I don’t think you would notice he had autism on first glance, but after a while you might see that he is different. He’d want to talk about skateboarding. And he has poor judgment, and no theory of mind. When he grows up, he won’t be able to live on his own. He’ll probably live in supervised setting but I think he will be able to have a job. He reads and writes. He’s happy.

What would you add?

Stan [Greenspan] and Serena started talking about this model a long time ago. Nowadays, these principals are getting a lot more attention from neuroscientists. Finally the science is catching up.

For more information and free resources on DIR Floortime and other interventions for developmental disabilities, visit Profectum.org and KidsAttune.org

In observance of Memorial Day, our office will be closed Monday, May 25, 2020. Orders entered online will be processed Tuesday, May 26, 2020. Dismiss