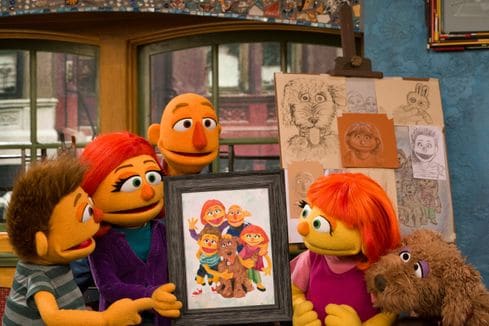 Here at Enabling Devices, we’re big fans of “Sesame Street” and its creators at Sesame Workshop, the nonprofit behind the beloved television show. We were especially pleased that in 2015, “Sesame Street” created a new website that focused on autism. “Sesame Street and Autism: Seeing Amazing in All Children,” and its related products, were designed to address the needs of children with autism and their families and to educate typically developing children and their parents about the disorder. The creators also hoped to increase empathy and inclusion with the online materials.

Including videos and stories starring Julia, a new pre-school aged character with autism spectrum disorder, as well as tips, information and videos for parents, the website also spurred the development of print story-books and an app. In 2017, Julia became a cast member of “Sesame Street” and the first new character to join the show in a decade!

Based on the results of a new study published Aug. 25, 2020 in the journal Autism, the Seeing Amazing in All Children initiative has achieved its objectives and more.

The study, conducted by Cheryl L. Dickter, Associate Professor of Psychology at William & Mary, and her colleagues, suggests that the Seeing Amazing in All Children website materials “can reduce implicit bias against children with autism and help mitigate some of the psychological issues associated with parenting children with autism.”

According to Disability Scoop, researchers arrived at their conclusions by assessing “levels of implicit bias toward children with autism in 473 parents of kids on the spectrum and 707 parents of those without the developmental disorder.” The assessments, which looked at “attitudes and knowledge about autism, parenting confidence, strain and stigma, were conducted before and after the parents reviewed the ‘See Amazing’ website.”

In addition, parents with children on the autism spectrum felt “empowered” by reading the website materials.  According to Disability Scoop, many of these parents “showed better attitudes and more knowledge about the developmental disorder after spending time on the website…”

We always knew we loved Sesame Street! If you love the show and website too, check out Enabling Devices’ ABC Elmo #2135 and Giggle and Bubble Elmo #2257. 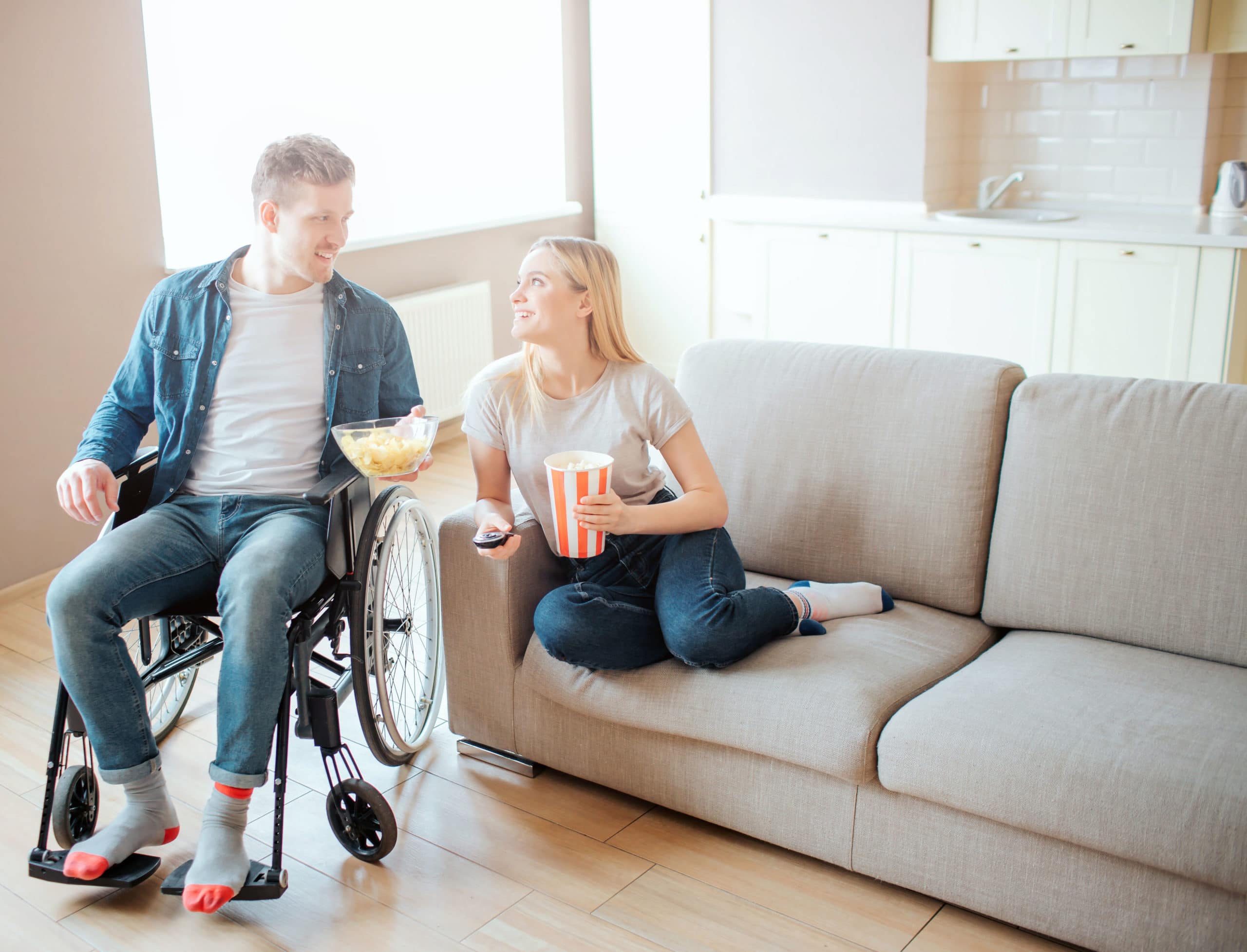 This summer, a trip to the movies just isn’t an option. Fortunately, there’s a whole lot of streaming going on! Viewing possibilities are seemingly endless, and they include quite a few excellent films and TV shows about living with disabilities. “Crip Camp: A Disability Revolution,” discussed in some detail below, is one of the best, but we’ve also included a list of newish films and programs you may not have heard of that address disability-related themes and/or feature actors with disabilities.

Check ratings to make sure these films and programs are appropriate for viewers of all ages.

Crip Camp:
Though most camps are closed this summer, you can still get that summer camp feeling by watching the newly released documentary, “Crip Camp: A Disability Revolution.” Available on Netflix, the film tells the amazing but little known story of Camp Jened, a groundbreaking camp for teens with disabilities that opened in 1951 and closed in 1977. Directed by former camper Jim LeBrecht and Nicole Newnham, the documentary, is both moving and inspiring.

Nowadays, it’s relatively easy to find camps that can accommodate children with disabilities. But when Camp Jened opened, there were few camps like it. As explained on the Crip Camp website, “In the early 1970s, teenagers with disabilities faced a future shaped by isolation, discrimination and institutionalization. Camp Jened, a ramshackle camp ‘for the handicapped’ (a term no longer used) in the Catskills [Mountains in New York], exploded those confines. Jened was their freewheeling Utopia, a place with summertime sports, smoking and make-out sessions awaiting everyone, and campers experienced liberation and full inclusion as  human beings.”

Camp Jened also became a training ground for future disabilities activists.  In the late 1970s, many of Camp Jened’s former attendees moved to Berkeley, California, a “hotbed” of civil rights activism, where they joined the civil rights movement. Judy Heumann, a Camp Jened alumna who later became an appointee of presidents Clinton and Obama, was at the disabilities movement forefront.

“Crip Camp” follows former campers as they led the “504 Sit-in” which took place in the San Francisco Federal Building for 25 days in 1977. The civil rights protest was the longest sit-in in a federal building in history! The 150 protesters, who pushed on even without life-saving medical apparatus such as ventilators and catheters, demanded that regulations set out in Section 504 of the Rehabilitation Act of 1973,  which prohibited discrimination against individuals with disabilities, be signed and enforced. On April 28, 1977, the protesters succeeded in forcing former United States Secretary of Health, Education, and Welfare Joseph Califano to sign the regulations. Section 504 “helped pave the way” for the Americans with Disability Act of 1990.

“Able: A Series”
“Able” addresses the need for inclusion in the entertainment industry. (Amazon Prime) Here’s a link to the trailer: https://www.ableaseries.com

“The Politician”
Produced by Ryan Murphy, this show about a teenager obsessed with becoming class president features a cast that includes a deaf actress and an actor with cerebral palsy. (Netflix) Watch it here.

“The Healing Power of Dude”
This series is about an 11-year-old boy with social anxiety disorder who takes his emotional support animal to school. His best friend has muscular dystrophy and uses a wheelchair. (Netflix) Watch it here.

“Music Within”
This film tells the true story of Richard Pimentel, a soldier who lost much of his hearing while fighting in Vietnam. Pimentel went on to become a disabilities activist who helped other disabled veterans. (Amazon Prime) Watch it here. 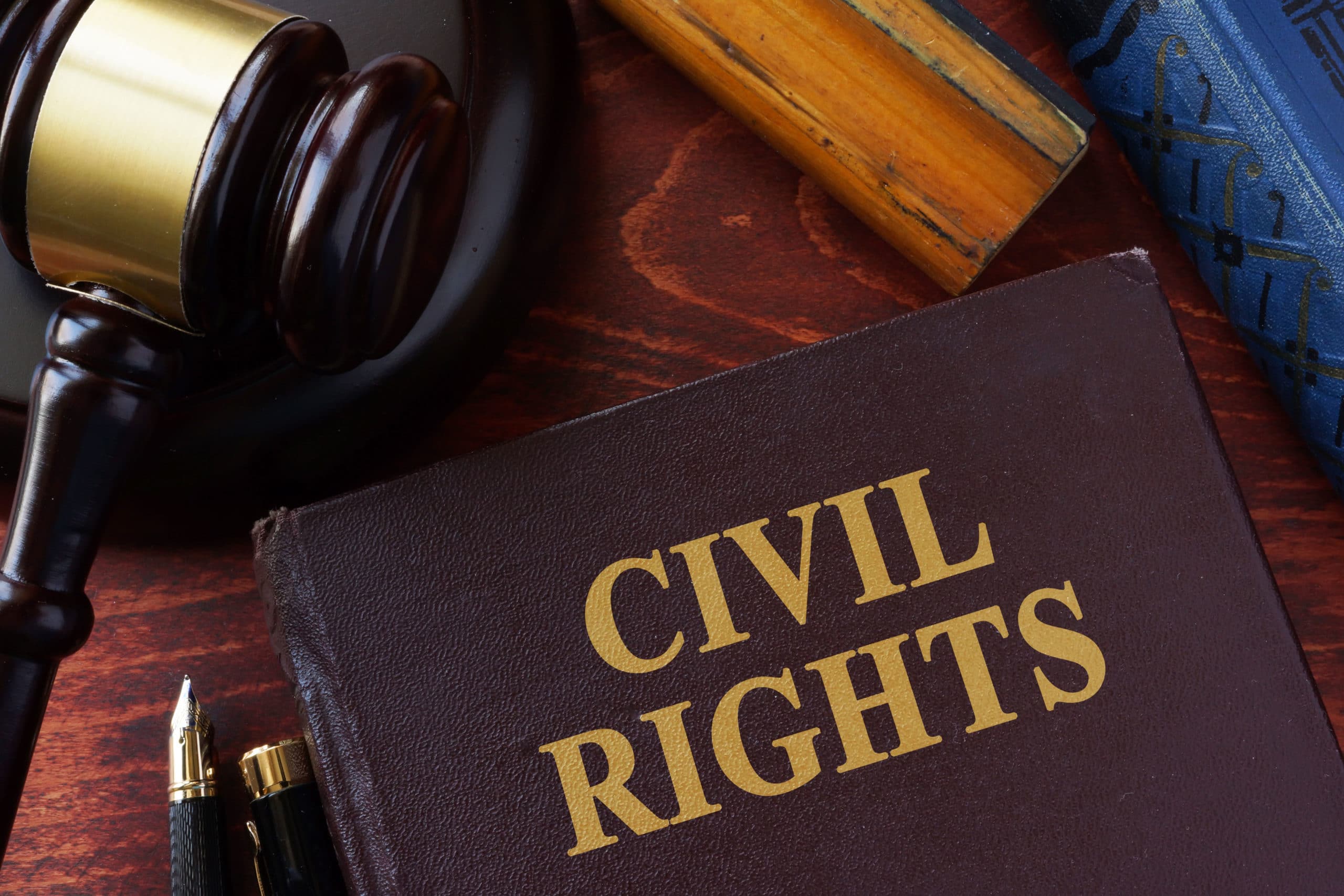 Since the beginning of the COVID-19 pandemic in mid-March, disabilities advocacy groups have worked to ensure that hospitalized patients with disabilities receive the care they need and deserve.

Among advocates’ concerns were the strict visitation policies in hospitals that left intellectually and developmentally disabled patients hospitalized with COVID-19 or other conditions without the support of family members, interpreters or staff to advocate for them.  The policies were instituted to protect visitors from contracting the highly contagious COVID-19 virus, and to prevent its further spread. However, disabilities advocates contend that in some cases, the policies had negative health impacts on patients with disabilities and even hastened their deaths.

To remedy the situation, organizations including the The Arc, Connecticut, Disability Rights Connecticut, Communication FIRST, and the Center for Public Representation filed a complaint with the Office for Civil Rights of the U.S. Department of Health and Human Services in May.

On June 9, they were handed a victory in their fight for the civil liberties of people with disabilities when, according to the CPR, “the Office for Civil Rights at the U.S. Department of Health & Human Services announced a resolution [or order] making clear that federal law requires hospitals and the state agencies overseeing them to modify policies to ensure patients with disabilities can safely access the in-person supports needed to benefit from medical care during the COVID-19 pandemic.” The order went into effect on June 15.

According to a report in the Hartford Courant, “under the order, all support people must not have COVID-19 symptoms and must follow hospital rules on social distancing and protective gear.”

While the order specifically pertained to patients in Connecticut, other states are taking similar steps to protect patients with disabilities.

In North Carolina, The Arc, North Carolina, and representatives from seven other organizations recently signed a letter to hospital and medical personnel that emphasized the need for patients with intellectual/developmental disabilities to be accompanied by “direct support professionals.” The letter cited Section 4111 of the federal CARES Act (S. 3548).

And in Maryland, disabilities advocates successfully petitioned Gov. Larry Hogan to allow hospitalized patients with disabilities to be accompanied by caregivers. As David Greenberg, president of the League for People with Disabilities, told the Baltimore Sun, “Cutting off this support during a stressful time of a hospitalization … is outright cruel.”

Likewise, the New York State Department of Health made an exception to its strict visitation regulations for “patients for whom a support person has been determined to be essential to the care of the patient (medically necessary) including patients with intellectual and/or developmental disabilities and patients with cognitive impairments, including dementia.”

To date, states including New Jersey, Illinois, Pennsylvania, Delaware, Rhode Island, California, Massachusetts, Ohio and Oregon have similar policies. Disabilities advocates are working diligently to overturn them across the country. 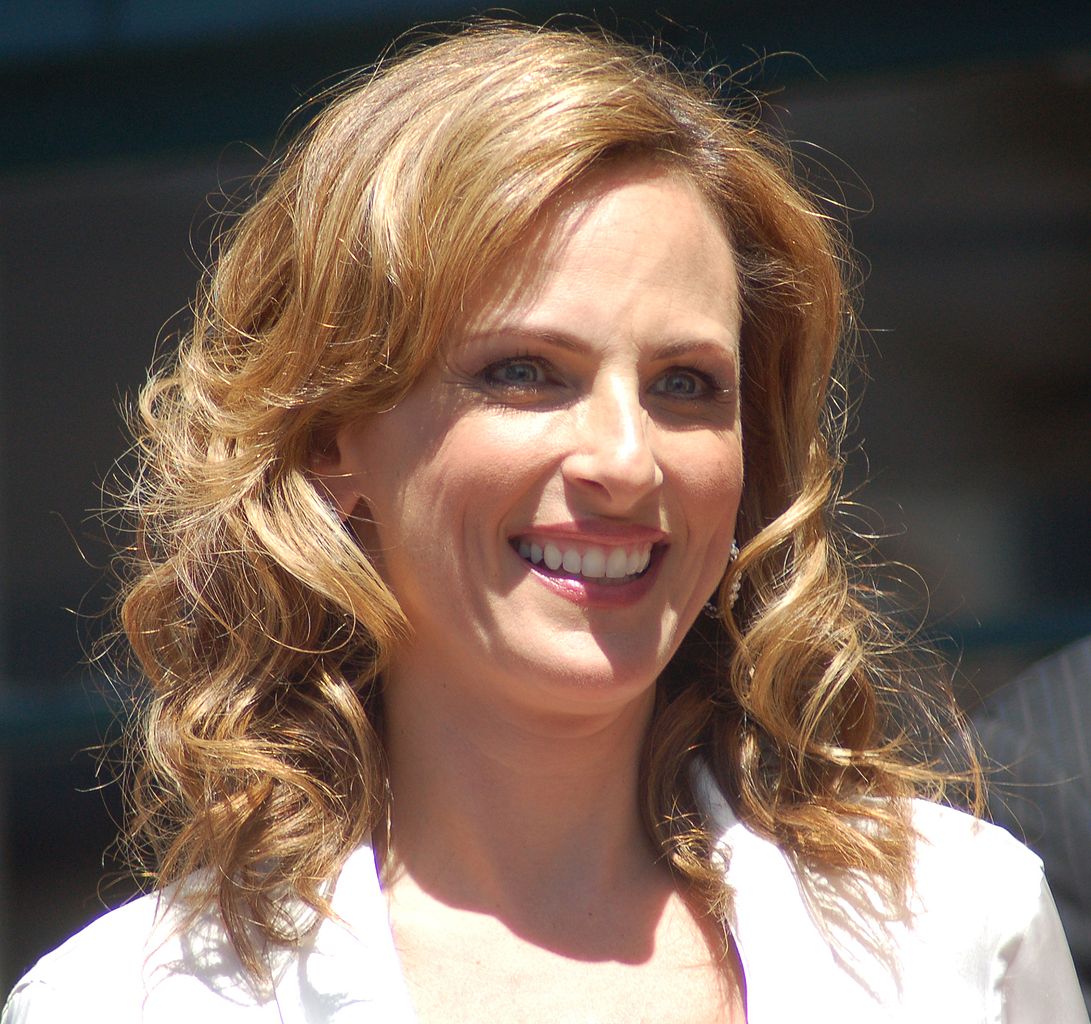 It’s hard not to feel like an underachiever when you read about people like Marlee Matlin. Perhaps best known for her Oscar-winning performance in the 1986 film, “Children of a Lesser God,” Matlin was just 21 in 1987, when she became the youngest actress in history to receive the award for Best Actress in a debut film performance. In addition, Matlin was and still is, the only deaf actor ever to receive the award. Thirty years later, Matlin will receive another award—this time for her activism on behalf of people with disabilities.

After her Oscar win, Matlin went on to perform in many films and held major roles in television shows such as “The West Wing,” “Picket Fences,” “The L Word,” “Switched at Birth,” and “Dancing with the Stars.” Matlin is also an author, having published three children’s novels and a New York Times best-selling autobiography, “I’ll Scream Later,” in 2009. Matlin even has an app in which she teaches American Sign Language!

Though widely admired for her work in the arts, many fans are less knowledgeable about Matlin’s philanthropic work. That may have changed last week when multiple news outlets announced that Matlin, a spokeswoman for the National Association for the Deaf, will be honored in June with the Morton E. Ruderman Award in Inclusion for her activism on behalf of people with disabilities.

In a press release from the foundation, its president, Jay Ruderman said “Marlee Matlin is the embodiment of a force that has broken down barriers and changed perceptions of people with disabilities worldwide. Her long and celebrated career in Hollywood serves as a shining example of the value of including people with disabilities in our society.”

Matlin’s philanthropic work doesn’t end there. She also supports nonprofit organizations including the Red Cross, the American Humane Society, Feeding America, the Children Affected by AIDS Foundation and the Elizabeth Glaser Pediatric AIDS Foundation. During Bill Clinton’s presidency, she also supported and helped to pass congressional legislation that required all televisions made in America to be outfitted with closed-caption technology.

An inspiration for all of us, Matlin says she has “always resisted putting limitations on herself both professionally and personally.” Fortunately for all of the people she has fought for and continues to fight for, the actress also says, “Silence is the last thing the world will ever hear from me.”