It’s that time of year again… Parents and children crowd the aisles of Target and Walmart pushing shopping carts loaded up with notebooks, binders, pencils, crayons, lunch boxes and backpacks. But not all the tools for a successful school year are on store shelves. Apps —found on your child’s laptop, smartphone or tablet— may be the most helpful back-to-school tools of all. Especially useful for children with special needs, new apps are cropping up daily. We did some homework and discovered some apps that come highly recommended by teachers, therapists, parents and students.

Conversation Builder Teen
This app helps teens with social skills challenges to learn reciprocal conversation skills. Conversation Builder uses a visual format to teach users how and when to introduce themselves, ask questions, and when it’s time to change the subject. Including 300 different conversations and over 4,000 audio clips, the app groups conversations into eight sections — school, sports, entertainment, bullying, sarcasm, relationships, summer and clothes, so that students can feel more comfortable conversing in a variety of social situations. Please note: Conversation Builder also comes in a version for elementary school-aged children.

Talking Calculator
With large colorful buttons, an option for contrast and full voice-over support, this app is ideal for students with low vision. According to the Edadvocate.com, “The app actually talks to students, telling them which button their finger is currently hovering over. When students are calculating something, the app can vocalize the answer.”

Thumbjam
This music app makes it possible for people with physical disabilities to make music. Including recordings of instruments such as electric and acoustic guitar and bass; strings, brass, keyboards and so many more, Thumbjam makes music lovers into musicians! Writes Cara Batema for Special Needs.com: “The app at its most basic is effortless — the sounds and music you can create with it are incredible and almost anyone can use it.”

Dragon Anywhere
Though it’s not new and it’s not specifically for deaf and hearing people, Dragon Anywhere is widely used by people in the deaf community. This app allows deaf and hearing people to communicate with each other by converting speech into text in real time, a lot like closed caption TV. Dragon can also be used to advantage by students who have challenges writing and taking notes. Use the app during meetings or classes and it will take notes for you!

Coughdrop
Designed for people who are nonverbal or difficult to understand because of disabilities such as cerebral palsy, autism or Down syndrome, this augmentative alternative communication app includes starter boards with large or small buttons that enable people on different levels to communicate using their smartphones, tablets or computers. Coughdrop also works well for visually impaired students since the app has a built in speak mode that allows users to hear the words they choose. 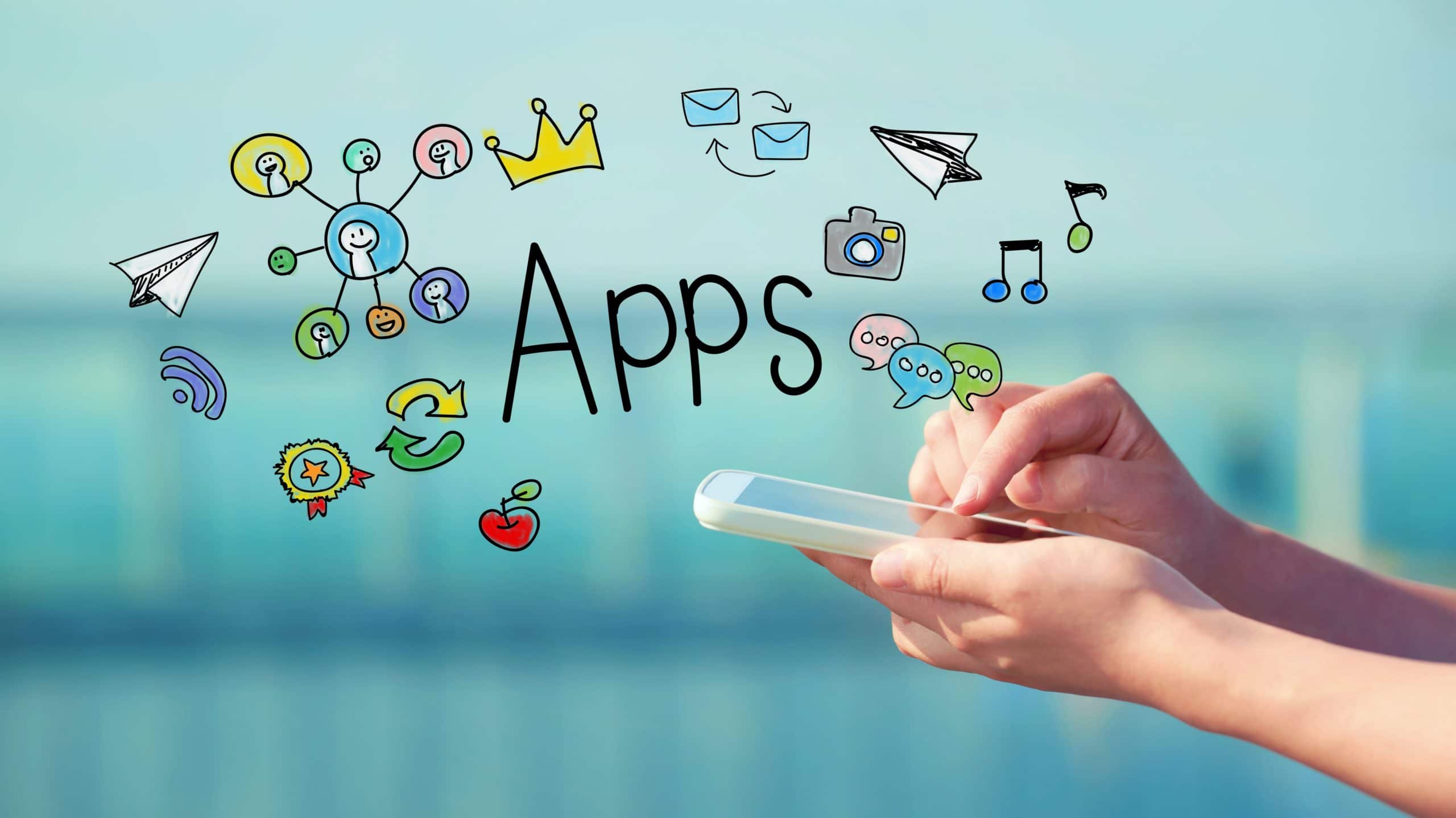 Apps are popping up all over! And that includes apps for people with disabilities. It seems in fact, that with every passing day, the selection of apps grows, making virtually every aspect of life more accessible for those with special needs. The downside? Sorting through all the apps to determine what’s best for you can be a Herculean task. In an attempt to make things easier, we’ve scoured the internet to find the most innovative and highly rated apps to recently hit the market. Here are our recommendations.

Trip Trip Hurray
Just in time for a last minute summer vacation, this popular travel app lets users make customized searches, schedule and book their vacations. Great for people with disabilities as well as parents of young children and those traveling with pets, Trip Trip Hurray’s easy interface allows users to simply type in whatever they need whether before or during their trip. For instance, “wheel-chair accessible restaurants.”

Pedius
This sophisticated app helps people who are deaf or hard of hearing communicate by mobile telephone without a third party intermediary. Users can make real-time calls by text messaging their contacts. Just type in your message and the app translates it into speech, making it possible for the person on the other end of the call to hear it. When the contact responds, their speech is translated back into text so the caller can read it. Pedius can be used with an artificial voice, or users can record their own voices.

Prism
This app is designed to help neurotypical children understand and build empathy for people with autism. Set in a colorful 3-D environment, animals teach children about many of the characteristics and behaviors that are common to people with autism. A great tool for teachers with inclusive classrooms.

Otismo
Developed by the brother of a boy with autism, this award-winning game-based educational app helps children with a variety of disabilities including autism spectrum disorder (ASD), Down syndrome, attention deficit disorder, cerebral palsy and aphasia learn reading and math skills. Best of all, Otismo can be customized to the student’s age and educational level so the app grows with your child. 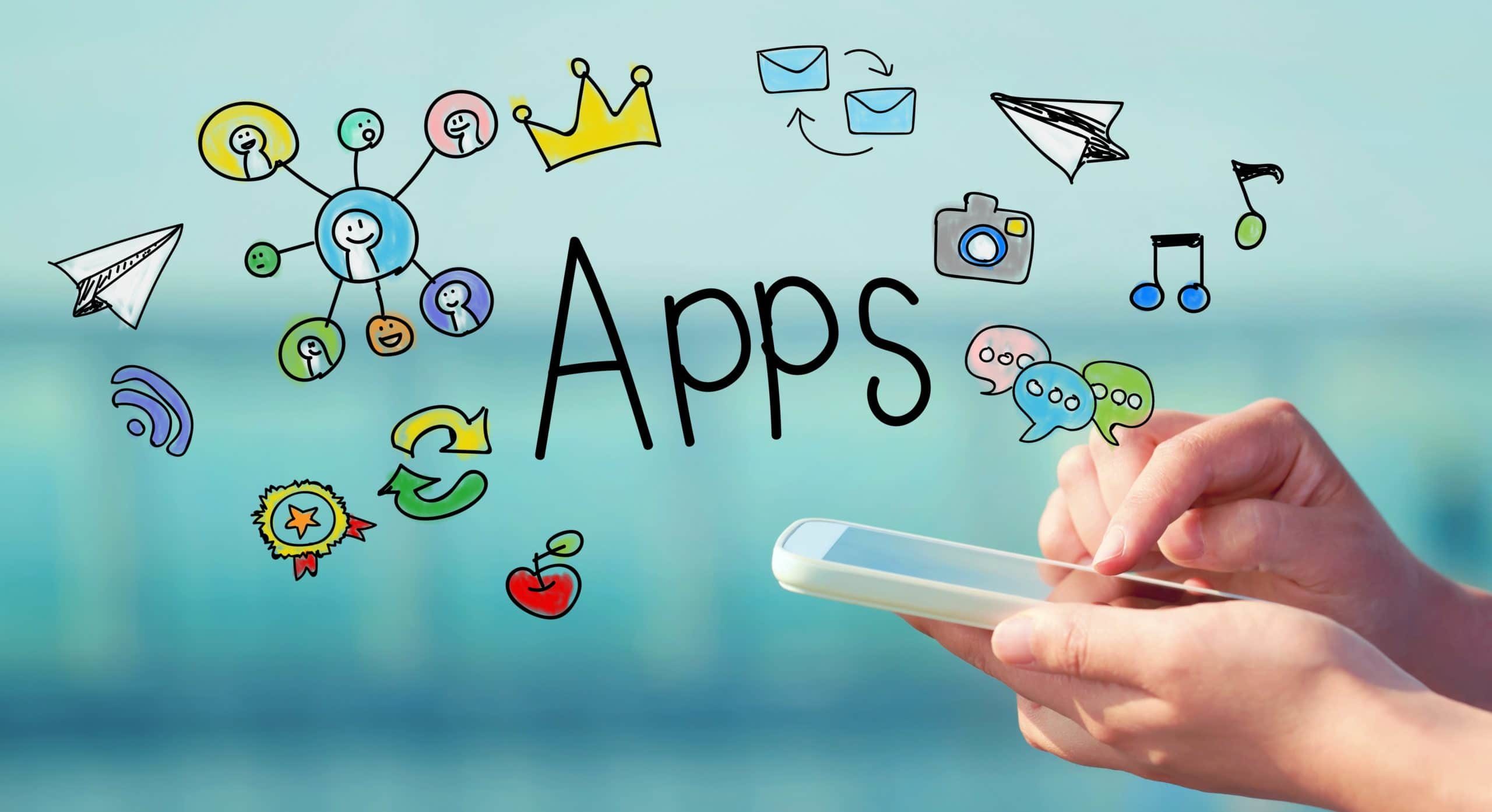 With new apps being developed all the time, it’s hard to keep up. Here’s a run-down on some new and coming soon apps likely to benefit people with disabilities.

Beam Smart Presence System
Remote shopping is nothing new, but this app, currently being tested by American Eagle Outfitters, a Pittsburgh, Pennsylvania-based clothing retailer, promises to make remote shopping a more personal, interactive experience. “The Beam Smart Presence System” will help people with mobility challenges that prevent them from traveling to a brick and mortar store to “beam” into an American Eagle location from a computer or tablet. When users “beam in” they can communicate with a sales clerk, who speaks to them through a tablet at the store. Using a second tablet, the shopper can remotely follow the clerk up and down the store aisles as the clerk shows the shopper store merchandise.

Ability App
Twelve-year-old Alexander Knoll has a bright future ahead of him. Alex is working on developing an app to provide information that people with disabilities can use to navigate public spaces. Writes Joe Fryer of NBC.com, the app tells users about where they can find “wheelchair ramps, disabled parking, braille menus and more.” Recently, Alex appeared on the Ellen DeGeneres show where he was presented with a check for $25,000 meant to help him finish developing the app. Hopefully, the app will be available soon.

Glimmer
A dating app for people who want to get beyond the superficial, Glimmer was created by Geoffrey Anderson and launched in Dec. 2016. Anderson developed the app for people like his brother, who has cognitive disabilities, and was frustrated with apps like Tinder, which place so much emphasis on physical appearance. Though Glimmer isn’t exclusively for people with disabilities, it “was designed to promote transparency between users and be welcoming to all people,” according to its website.

Friendi
While some people seek romantic relationships, others are just looking for friendship. People with disabilities — especially disabilities that impact social skills — may experience challenges when it comes to connecting with others. This new app helps parents of youngsters with disabilities find friends for their children. The app matches people based on where they live, their interests and ages. Says Friendi creator, Ben Raskin, “the app works like an ice-breaker,” and “allows parents to be in control and message one another to explore additional resources.”

FuelService
Developed by Niall El-Assaad, a wheelchair user in the U.K., this new app makes it easier for people with physical disabilities to negotiate self-service gas stations. It is now available throughout Canada. El-Assaad told CBS News in British Columbia “he created [the app] in response to his own frustration as a disabled driver. El-Assaad, who was paralyzed in a cycling accident, said he felt embarrassed by having to honk his horn and wave his disability card at gas stations to get assistance.” FuelService helps users to locate gas stations, choose gas pumps and alert station staff to the user’s arrival and need for assistance. 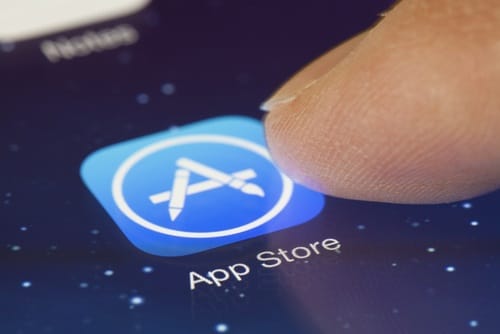 Remember when there were no apps? When everything we wanted to know and do wasn’t literally at your fingertips? In today’s world, there’s an app for everything and new ones are being developed all the time. Apps have transformed life for everyone, but perhaps they have improved quality of life for people with disabilities the most. We’ve scoured the Internet to find the newest, most innovative and most useful apps for people with disabilities. Our findings are below. Happy apping!

Created by Matt McCann, an Irishman with cerebral palsy, Access Earth is an app and web platform that uses crowd sourcing to gather information from users on accessible hotels, restaurants, stores and attractions. McCann, a software engineer, decided to start his business after having one too many experiences with sites that called themselves “accessible” though they really were far from it. Though Access Earth is just getting off the ground, McCann hopes that in time, the app will become a “Trip Advisor” for people with disabilities.

This new smartphone app helps people with visual and auditory disabilities to communicate by turning voice messages into text messages for people who are deaf or hard of hearing and vice versa for people who are blind or visually impaired. Blappy, which was invented by a team of computer scientists at the University Carlos III of Madrid, also enables users to include high contrast images in their texts and to zoom in on their messages.

Learn American sign language from Academy Award winning actress Marlee Matlin with the newest version of this popular app! While this app won’t take the place of a live ASL class, it’s a great introduction or supplement to a class.

This Android app, created for children with autism helps them to improve eye contact, read social cues, recognize faces and communicate with others. According to parents whose children underwent eight weeks of testing Look at Me, 60 percent of the children’s eye contact improved.

Developed by a team of occupational therapists at McGill University in Montreal, Canada, this new app will improve mental and physical health of children with disabilities by helping their families to locate opportunities for leisure, recreational and creative arts activities that are accessible for children with particular disabilities.

“More than a location device, “Jooay” is intended to encourage social interaction among children with disabilities, and to enhance their quality of life,” according to the Montreal Gazette.

When gaming developer, Sooinn Lee, gave birth to a son with developmental disabilities, she and her husband, a computer scientist, decided to create apps to help him learn. Kids in Storybook Maker is one of these. The app enables users to create digital storybooks starring their own sons or daughters. “’Kid in Story’ came about because kids with autism can have a hard time adjusting to new situations, like getting a haircut, going to the movies, or visiting a friend’s house,” writes Daniella Hernandez, a writer for Fusion . Parents of autistic children often tell them a story that spells out what an experience will be like, so the kids have a play-by-play road map of what to expect.”

Speech pathologist, Patti Hamaguchi,developed this app to help children with their listening skills, and educators were duly impressed.  So impressed in fact, that the app won the 2016 Academics’ Choice Award for Smart Media!