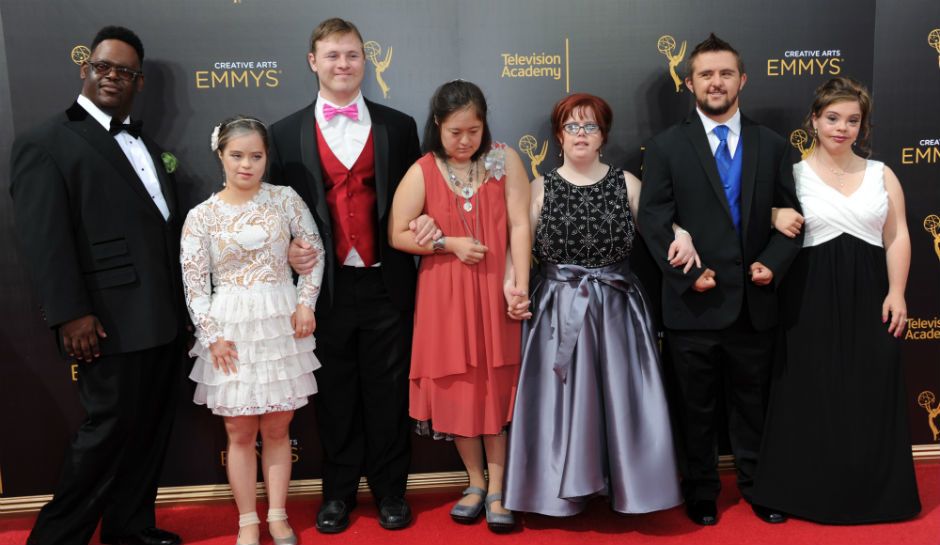 The 2019 Emmy Awards are less than a week away and this year, several award nominees are people with disabilities.

Netflix’s “Special,” about a young gay man with cerebral palsy is up for four Emmy Awards. The show, loosely based on the life of its creator and star Ryan O’Connell, is nominated for Outstanding Short Form Series. Two of the show’s actresses, Jessica Hecht and Punam Patel are also up for Emmys.

A&E’s “Born This Way,” a reality series about seven young adults with Down syndrome is nominated in the categories of casting, picture editing and unstructured reality program. “Born This Way,” which has been on the air for four seasons, has previously won three Emmy Awards.

In May 2019, the Foundation began awarding “Seals of Authenticity” to “television or feature film projects featuring actors with disabilities in substantial speaking roles.” One CBS series that received a Seal of Authenticity was “NCIS: New Orleans,” a series starring Daryl Mitchell, an actor who is paralyzed from the waist down. Mitchell plays crime investigator Dwayne Pride, who uses a wheelchair in the show.

“Speechless,” an ABC series that premiered in 2016, also won the Ruderman Seal. It stars Micah Fowler, an actor with cerebral palsy. Fowler plays teen JJ DiMeo a character with CP. A Seal was also presented to “The OA” a fantasy mystery show on Netflix. The show stars Liz Carr, an actress who has Arthrogryposis multiplex congenital. Carr, who uses a wheelchair plays Dr. Marlow Rhodes. “Special,” (described above) also received a Seal of Authenticity.

“Each of these television programs has demonstrated a commitment to inclusion of actors with disabilities, reflecting a deeper belief in the importance of representing diversity in all forms in popular entertainment,” Jay Ruderman says. “We hope this Seal, along with the example set by each recipient program, inspires the rest of the entertainment community to provide real opportunities for people with disabilities to be part of popular culture’s great storytelling tradition.”